Director Brad Anderson and writer Richard D’Ovidio definitely have something here, but “The Call” falls into B-movie territory with a mix of notable highs, but also a handful of rock bottom lows.

Jordan Turner (Halle Berry) is an all-star 911 operator, but when her call with a home invasion victim ends poorly, she feels responsible and opts to step away from the call center. Six months later, Jordan is busy training an incoming class of operators when a call comes in from a young girl who’s been kidnapped. When the operator who receives the call panics, Jordan must put the past behind her, step in and do whatever she can to bring Casey Welson (Abigail Breslin) home alive.

The life of a 911 operator is surprisingly thrilling. The day-to-day happenings as presented in “The Call” are likely far slicker than in reality, but it makes for an ideal central environment for film. We all know and have possibly used a 911 call center, but for those who don’t work in law enforcement, the inner workings of the facility are probably a mystery. D’Ovidio uses the unknown to his advantage, dishing out the bear minimum, satiating curiosity while keeping the information digestible. Anderson and editor Avi Youabian take it from there, turning what could easily have been a stagnant, dull presentation of that call center and giving it life through an appropriate amount of camera movement and some stellar editing. Anderson excels on the opposite end of the spectrum as well with solid action coverage and a number of memorable shots that highlight the true horror of the situation, too.

On the acting front, we’ve got sufficient performances all around. Berry can slip into melodrama, but generally, she’s convincing enough, which is quite the achievement considering the person she shares the large majority of her scenes with is on the other end of a phone. As for Breslin, she screams and cries through most of the film, but absolutely nails it, making her responsible for a good deal of the film’s suspense. “The Call” might even earn a tear courtesy of Breslin’s work. When she finally turns off the waterworks herself and insists on leaving a message for her family, it’s more than enough to truly break your heart. And lastly we’ve got Michael Eklund who doesn’t have to do or say a single thing; he can give you nightmares with his unnerving, detached glance alone.

The core components are clearly there, so it’s a shame when “The Call” stumbles due to laughable dialogue and silly plot details. It’s an odd sensation because a good chunk of “The Call” really will have you on the edge of your seat, but then there’s moments like when Jordan tries to calm Casey down by asking her what her favorite movie is and when Casey says what the audience is thinking and asks, “What,” you can’t help, but to giggle. The situation with Michael Imperioli’s Alan Denardo is distractingly odd, too, mainly because it’s a strange role for such a notable actor to take. Whereas a less recognizable actor may have been able to bring out the suspense and eeriness of the incident, it’s tough to look past the fact that it’s Michael Imperioli going through this crazy chain of events.

There’s also the issue of Eklund’s character’s motive, which nearly decimates the film’s third act. While there is something disturbing about his plan, it’s too eccentric and off-putting to take seriously. The bit might have worked had D’Ovidio beefed up that section of the script in a way that let us get into the villain’s head more, but the better option would have been cutting it altogether and just making the guy a weirdo with a disturbingly sick fetish.

The film’s missteps blend well enough with its better moments to make the experience as a whole a satisfying thrill. The narrative is captivating, it zips along at a quick pace, and both Berry and Breslin sell it to the point that when logic issues and poor writing creep in, you’re already far too carried away to care. “The Call” is your quintessential guilty pleasure. It’s exceedingly evident that portions of the film are nearly devoid of quality, making you begrudge the more enthralling bits until you have no choice, but to just give into the satisfaction and enjoy the ride. 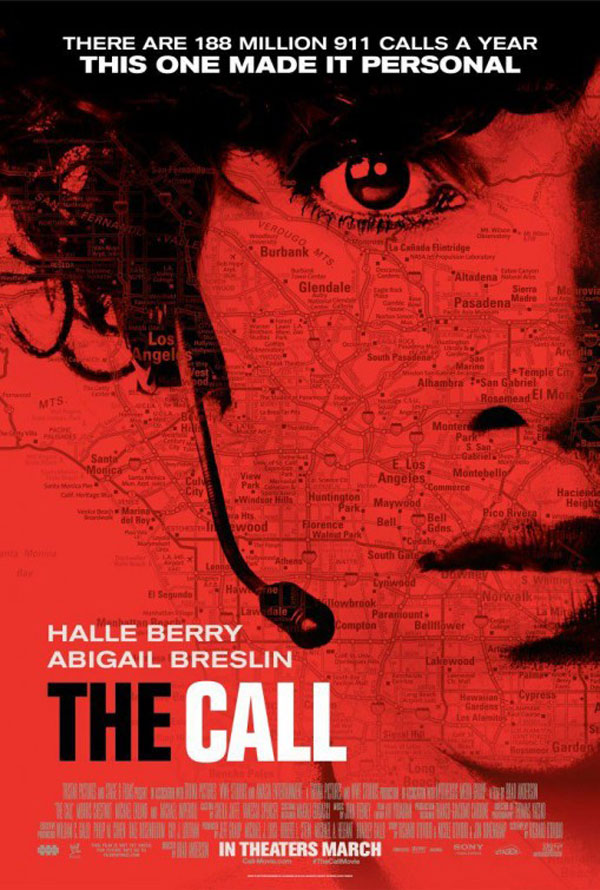