People are starting to believe that anything can happen at Gasparilla International Film Festival.

GIFF reached the halfway point of its 7th edition with seemingly an unexpected spark of star power showing up in Tampa, Florida: Colin Farrell.

But the reality of the situation…it wasn’t a complete shock. Just a well orchestrated treat.

“It really was a planned visit, but a surprise to the Tampa community,” says GIFF President Joe Restaino.

In support of his friend (who also serves as Farrell’s executive assistant), the actor walked side-by-side with Ante Novakovic, director and co-writer of “The Fix.” And while Farrell did pose for a few pictures outside of the Cinebistro movie theatre in Hyde Park, his humble actions made it clear that this was Novakovic’s moment. But he did do a couple of quick red-carpet interviews alongside his colleague of seven years regarding the flick.

“My brother and I wrote it,” says Novakovic. “It was kind of an idea of having an internal limbo of characters that inhabit the criminal world.”

“The Fix” spins a tale of two longtime friends attempting to live the criminal lifestyle. Problem is they end up perturbing their Mafioso-like boss (Armand Assante), and the consequences places them in a situation where both their minds’ are conflicted about what they must do next.

“It was kind of them finding out what it is to have an opportunity and whether it can create a great outcome or horrible outcome.”

Farrell, who has seen the short twice, was quite proud of Novakovic’s directorial debut.

“It exists in its own space and time it feels,” says Farrell. “It’s played for the realism of it, but it also has a heightened reality to it as well.”

After the red carpet, the duo dined at 717 South prior to the screening and then strolled back over again for an intimate after-party with festival board members and attendees after Novakovic’s post-film Q&A.

“First time in Tampa and I’m already a regular here,” said a social-able Farrell at the party. 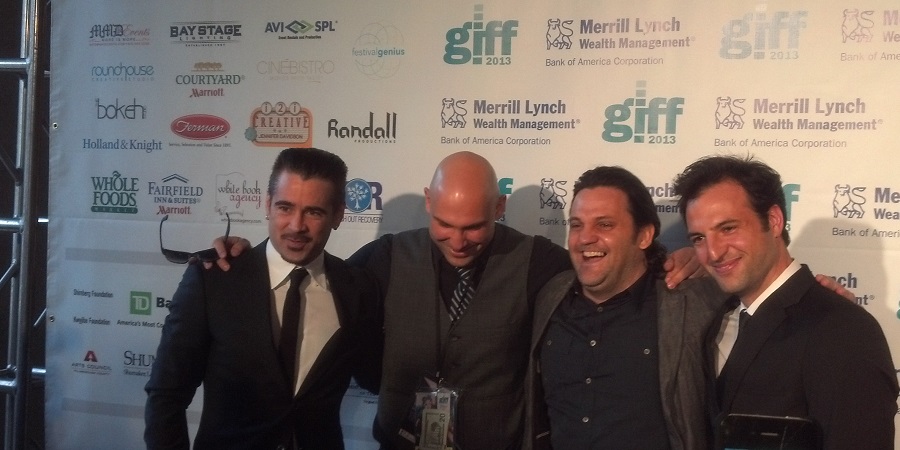