I guess to call “Detour,” director William Dickerson’s micro-budgeted drama of confinement and descent into madness, by a more accurate moniker, “Mudslide,” would be to court an unfortunate array of jokes centered around bodily excretions. But, seemingly taking “Buried” and Danny Boyle’s “127 Hours” as its inspiration, the movie spends most of its time trapped in a SUV covered with the detritus of a muddy landslide. While not lacking for decent acting or technical execution, the movie’s lead and de facto host is, as written, something of a cipher, leaving one wishing for MacGyver, or even MacGruber, to tackle a similar dilemma.

On his way to a meeting, smooth-talking Los Angeles ad man Jackson Alder (Neil Hopkins) is blindsided by a devastating canyon country mudslide. Trapped in his buried vehicle, he attempts to ensure the integrity of his buckling sunroof, and then rants and rages a bit about his situation, cursing his home state and even its California Raisins ad campaign. Between flashbacks and iPhone videos of his longtime girlfriend (Brea Grant), the mother of his unborn child, Jackson bucks up, and tries to formulate a plan of survival and escape, using only the limited tools and odds and ends scattered about his SUV.

Foot cramps and ant bites aren’t exactly the stuff of great drama, so when director Dickerson, working from a script co-written with Dwight Moody, finally lets his protagonist start actively trying to work things out, “Detour” gains a bit more of a foothold in viewers’ imaginations. Throughout, Hopkins invests wholly in this enterprise, spinning from dark humor (sketching out a half-real, half-imagined last will and testament on the interior glass in marker) through fear and the aforementioned sputtering rage.

Much less successful and interesting, however, are the various flashbacks, taped messages and bits of hazy, fractured psychosis with which Dickerson studs his film. While Hopkins movingly elevates one bit — a memo to his unborn baby — this approach actually interrupts any escalating tension, and muddies (pun embraced, if rather than intended) the sense of elapsed time. The impulse to fight for survival is buried within all of us, but “Detour” lacks a compelling enough arc to sustain what might have worked much better as a short film. 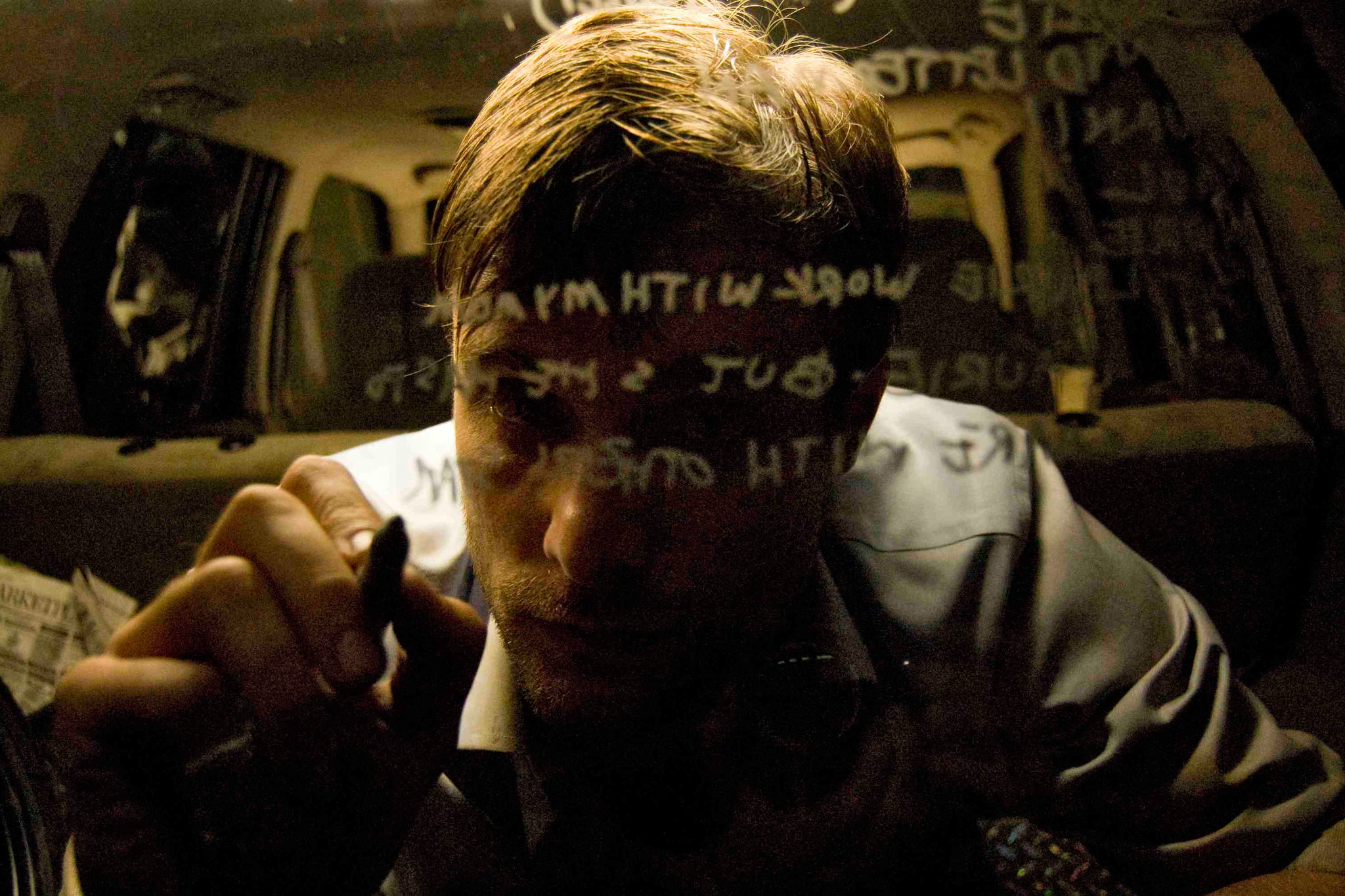