Album Review: Gin Wigmore Is A Diamond In The Rough On “Gravel And Wine”

With the exclusion of Perry Farrell of Jane’s Addiction and Kurt Cobain of Nirvana, female artists vocally dominate my list of favorite musicians. My gender bias can largely be credited to my love for Janis Joplin, which began in my teenage years. The legendary singer/songwriter set a precedent for females to widely perform without any vocal restraint. Clinging to this uninhibited style, I seek out contemporary artists with a similar demeanor of creating imperfect music. To my surprise, there still is a plentiful amount out there today; they are just overshadowed by the auto-tune clan of Britney Spears, Ke$ha and Nicki Minaj. Sifting through that mess, I present you, Shockya readers, with the organically talented, Gin Wigmore.

The New Zealand singer/songwriter dropped her debut, “Holy Smoke” in 2009, and will release her sophomore album, “Gravel and Wine”, on April 2nd via Mercury Records. The 11 track album oozes with vulnerability, which allows Wigmore to tap into multiple genres without losing her credibility. She dabbles in rock, blues, country and pop, but collectively brings her edgy flair to each song off of “Gravel and Wine”. Her eclectic voice deems a track to be one of Wigmores rather than typecasting it to a specific genre.

“Gravel and Wine” showcases Wigmore’s ability to create catchy and memorable songs despite their tempos. I would go out on a limb and say most of you remember anthems more so than ballads. The beat of a slower song can sometimes drown out the lyrical repetition of the verse, which will make the tune forgettable. Wigmore circumvented this tendency with her jarringly poignant vocals on such songs as “Singin’ My Soul”, “If Only” and “Saturday Smile.” At times, Wigmore’s vocals resemble those of Macy Gray, but her ability to diversify her tone in a single song allows the track to not become overwhelming. Unlike Gray, Wigmore is not a one-trick pony.

As much as the ballads of “Gravel and Wine” commanded my attention, her sophomore release is dominated by spunkier songs. Led by the female empowering opener, “Man Like That”, the album implodes with witty lyrical combinations, which are further heightened by Wigmore’s untamed and fast paced vocals. This momentum continues on the songs, “Kill Of The Night” and “Black Sheep”, where her vocals dictate the tempo of the track rather than that of the instrumentals. If you consider yourself more of a middle man in terms of a song’s beat, Wigmore still has you covered on “Gravel and Wine”. Stylistically she is vocally stronger against extreme instrumentals, but she can still sell a moderately paced song. “Dirty Love” and “Happy Ever After” are the standouts with their lyrical charm and well-balanced tempo.

Collectively and separately, Wigmore’s “Gravel and Wine” is a hit and celebrates the independent female in a much different light than female pop artists in the past once did. Rather than dictate attention from men by limiting apparel, Wigmore directs the spotlight with her unassimilated nature. 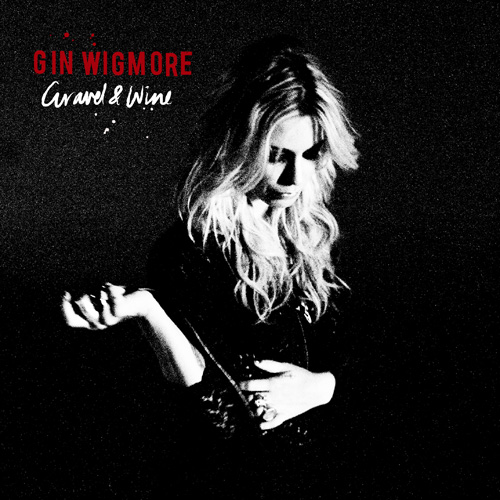