The box office results for the weekend of April 12th-14th has the sports-bio pic 42 hitting it out of the park while Scary Movie 5 barely has anything left in the creative tank. Here are the studio estimates:

The $40 million contract (production budget) given to 42 will be paying dividends in a couple weeks after a tremendous opening weekend performance. And the largest for a baseball-themed flick. With plenty of fan support, which includes the lovely critics, look for this to complete a solid cycle in the top ten.

While Scary Movie 5 had an okay start and will manage to break even off its $20 million production budget…audiences, critics, and anyone with taste agree: It’s time to bury this sucker (franchise) in the ground. But that won’t happen if you continue to feed the uninspired machine people!

Oz the Great and Powerful currently holds the longest streak in the top ten with 6 weeks. It is now up to $219.4 domestically. And speaking of fam-friendly products, the 3D animated The Croods is holding up extremely well in week #4, rising to $142.5 million.

This Friday, the sci-fi actioner, Oblivion, starring Tom Cruise will take over the box office world while Rob Zombie’s latest horror piece, The Lords of Salem will hustle for leftovers. Reviews will be right here my fellow Shockers! 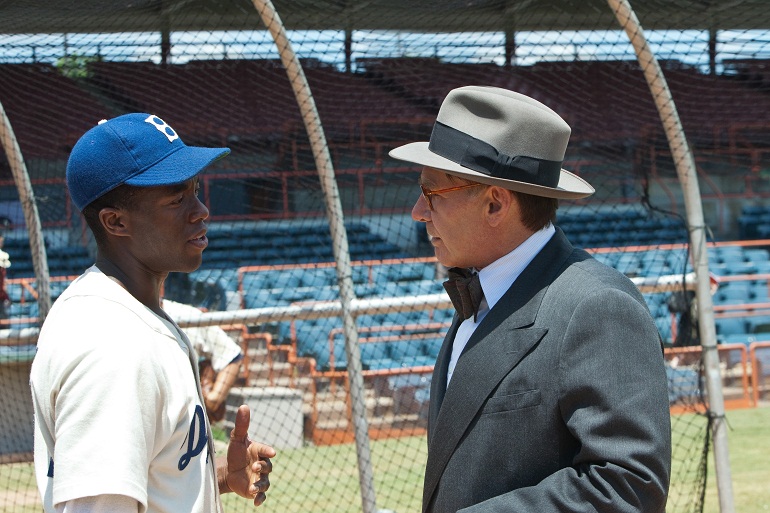 Cancel reply
Vince Vaughn Returns to His Stand Up Comedic Roots on Saturday Night Live
Shockya.com at CinemaCon 2013!
To Top