The mask-wearing, grungy hip-hop/rock band Hollywood Undead is going on tour with Falling In Reverse and American Fangs April 17 through May 25 and if you’re a fan of Hollywood Undead, you and a friend could win the chance to see them live!

ShockYa has partnered with Hollywood Undead to give away a two tickets to one winner for each tour date along with one lucky winner receiving the grand prize–a signed drumhead from the band.

In order to enter in the contest, go to the official contest page and enter your info. Each pair of tickets will be given in each date of the tour. At the end of the tour, the grand prize will be awarded. Good luck!

Hollywood Undead is made up of Los Angeles natives Johnny 3 Tears, J-Dog, Charlie Scene, Danny, Funny Man and Da Kurlzz. Their third full-length album, “Notes from the Underground,” features their signature and unique style of music, creativity and energy.

“We didn’t scrutinize what we did,” said J-Dog. “We wrote from our hearts. I feel like we got back to something pure. We’re making music because it’s what we do.”

“This was probably the best time we had making a record,” said Johnny 3 Tears. “It’s still Hollywood Undead, but we’ve grown, and that’s what we want to continue to do.” 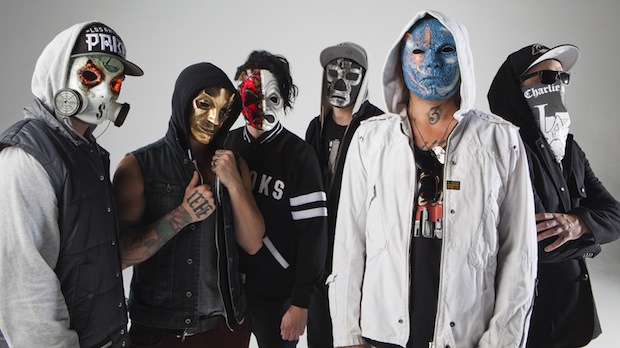