The story is very banal and boring: a fireman takes an unexpected course of action when a man whom he’s been ordered to testify against, after being held up at a local convenience store, threatens him. Many stars feature in the dull action revenge flick, Bruce Willis, Josh Duhamel, Rosario Dawson, Vincent D’Onofrio and Julian McMahon. 50 Cent’s cameo is kept to a bare minimum, while moments of real tension and honest grit find their way in too.

The acclaimed director of  successful series such as ‘The Mentalist,’ ‘Castle’ and ‘Once Upon A Time’ has failed to create an enthralling and original action movie, out of the dreary and soporific screenplay written by Tom O’Connor. In ‘Fire With Fire,’ one can easily perceive Barrett’s background as stuntman, since the protagonist is caught up in a series of acrobatic action scenes, completely preposterous in relation to the plot. The entire film becomes an action B-movie, since Barrett treats every detail with a widespread over-dramatisation to engage the audience. 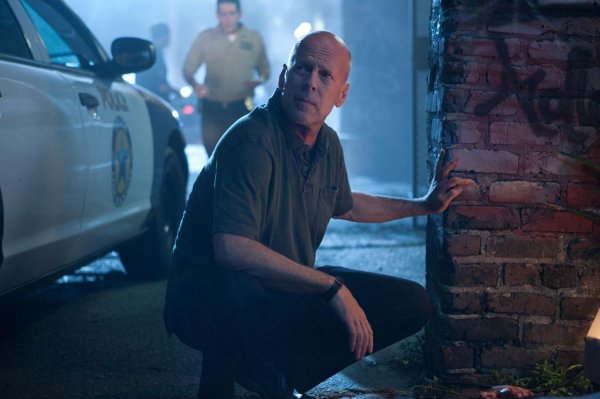