“Star Trek” fans already know how it felt for Spock (Zachary Quinto) to pay the ultimate price the first time around in “Star Trek II: The Wrath of Khan,” and from the looks of “What Would Spock Do?” the new clip from “Star Trek Into Darkness,” called it seems like Spock just might be on the verge of making the biggest sacrifice ever once again! I sure hope not, but see what you think when you watch the first clip from the film either below or at Moviefone.

Moviefone premiered the clip as the beginning of its week of “Star Trek Into Darkness”. There’s going to be more “Star Trek” goodies posted at Moviefone, so make sure to keep an eye out for what they have in store!

“Star Trek Into Darkness” is coming to select theaters in IMAX 3D May 15. It’ll be in theaters nationwide May 17.

“In the wake of a shocking act of terror from within their own organization, the crew of The Enterprise is called back home to Earth. In defiance of regulations and with a personal score to settle, Captain Kirk leads his crew on a manhunt to capture an unstoppable force of destruction and bring those responsible to justice.

As our heroes are propelled into an epic chess game of life and death, love will be challenged, friendships will be torn apart, and sacrifices must be made for the only family Kirk has left: his crew.” 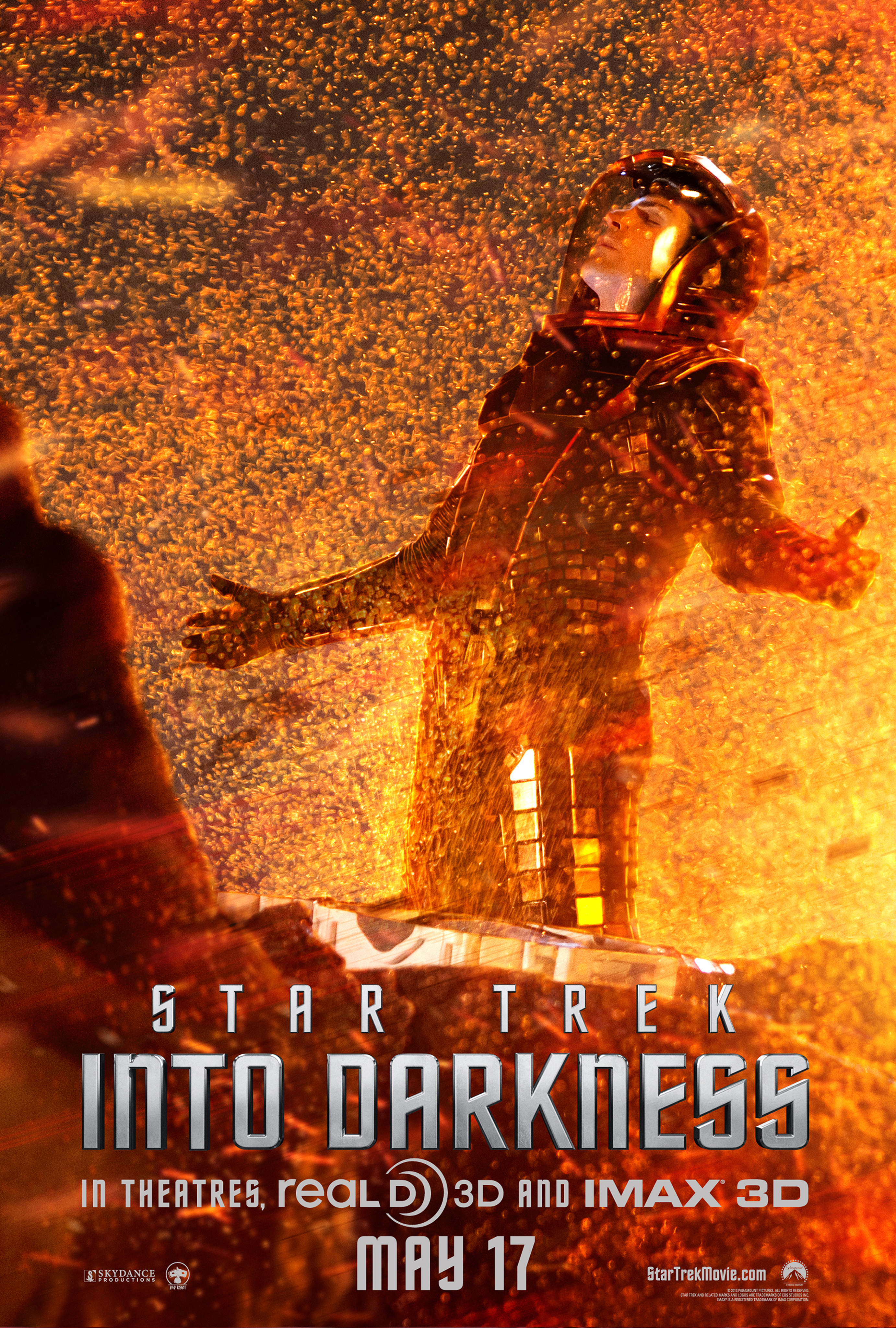