When abuse of power and violence take over, the crossroads between ideals and the safeguard of your loved ones is inevitable. The Argentinian director, Benjamín Ávila, was inspired by his personal infancy in the making of this historical film, set during the “Dirty War,” the time of state terrorism in Argentina.

‘Clandestine Childhood’ portrays the story of a married couple of Montoneros (the organisation fighting against the Military Junta ruling the country) living in Cuba with their two children, who manage, through the help of their Uncle Beto, to forge new identities and return to Argentina to take part in the counteroffensive in 1979.

The film is narrated from the point of view of Juan, one of their children. His earnest and naïve perspective shows the loving atmosphere within the household, infused with songs, warmth and humour, along with his parents’ militancy, in the name of patriotism. Juan settles in his undercover life as Ernesto, which doesn’t prevent him to have the wonderful experience of discovering love. He’ll be distraught the day his family decides to move again.

Benjamín Ávila moves the camera gently and unobtrusively through the characters, from the quarrels to the moments of tenderness, all enlightened by the enchanting cinematography of Ivan Gierasinchuk. The realism of the cast’s performance may be ascribed to the fact the actors spent several days with former Montoneros, to understand both the sociopolitical context of the time and their daily lives.

‘Clandestine Childhood’ was first screened in 2012 at the Quinzaine des Réalisateurs at the Cannes Film Festival. It was ranked as the 8th most seen film in Argentina at the premiere, and as of September 2012, the film was sold to 20 countries. The movie was submitted by the Argentine Academy of Arts and Cinematographic Sciences to compete for the Best Foreign Language Oscar at the 85th Academy Awards, where it prevailed over the Argentine film, ‘El último Elvis,’ although it didn’t receive a nomination.

Benjamín Ávila said that he was influenced by movies like ‘When Father Was Away On Business’ by Emir Kusturica and ‘My Life As A Dog’ by Lasse Hallström, to set the storytelling from the point of view of a youngster. As for the combination of cinema and politics, he has found inspiration in Ken Loach and Krzysztof Kieslowski. But in ‘Clandestine Childhood,’ Ávila has undoubtably a unique style in evoking a vibrant coming-of-age story. 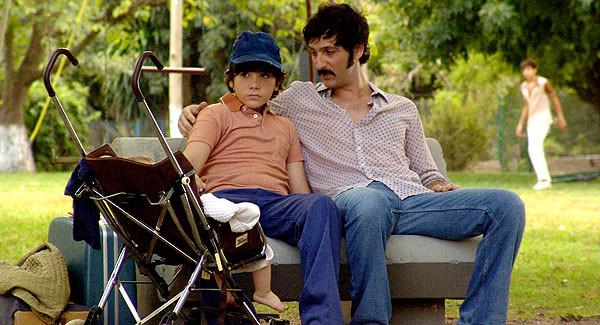