You can get tons of stuff from Walmart already, ranging from groceries to tires to bank statements, but even with the ridiculous availability the chain has to offer, you still couldn’t buy movie tickets…until now.

According to The Hollywood Reporter and, of course, Walmart, the big box-store chain is now providing its customers with tickets to an early screening of “Man of Steel.”

According to the article, Walmart has partnered with Warner Bros. to exclusively sell tickets to a screening of the film the night before the film officially opens in theaters. Tickets for the June 13 screening will go on sale at 8 am May 18 in more than 3,700 Walmart stores across the country.

Ticket buyers will also be privy to receiving a digital comic book written by the film’s screenwriter David S. Goyer as well as the chance to pre-order the film’s Blu-ray combo pack or digital download while getting more exclusive film content.

Walmart’s senior vp entertainment Laura Phillips said in a statement, “We couldn’t be more excited to give our customers and associates early access to one of the summer’s most anticipated movies. Walmart’s premiere of ‘Man of Steel’ once again proves we have the ambition and studio partnerships to develop unique retail programs that give our customers access to the movies they love.”

What do you think about this news? Give your opinions in the comments section below. “Man of Steel” comes to theaters June 14. 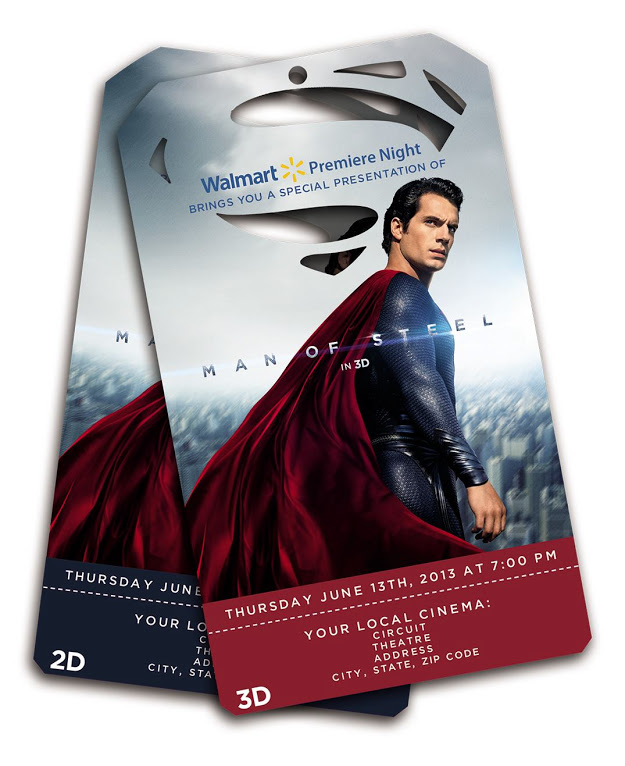