Did you know that the French word for dustbin is poubelle? Well if the 50s and 60s were the times of the ‘New Wave,’ the Nouvelle Vague, it seems like Francesco Henderson Pepe’s first feature film ‘Amaro Amore’ will begin the era of the “Poubelle Vague,” i.e. Franco-Italian trash-films!

The enticing Eolian location becomes the perfect stage for the existential drama. Two French siblings André and Camille go to the Sicilian islands in search for their identities, where they will meet Santino, a local guy from Salina and make friends with him. The visitors will involuntarily shatter the equilibrium of the traditional and prejudiced microcosm, showing the bitter side of love, (the Italian title ‘Amaro Amore’ translates to ‘Bitter Love’). Let’s leave it at that, to avoid spoilers and sour recollections. The soap opera ‘The Bold and The Beautiful’ would blush viewing the love triangles and revelations that unveil through this movie.

Francesco Henderson Pepe, besides having failed as a writer (he also wrote the screenplay) has managed to lead an incredibly talented cast to a fiasco performance. All actors boast recognition in their previous movies: Francesco Casisa (‘Respiro’, ‘Nuovomondo’, ‘La siciliana ribelle’), Aylin Prandi (‘Diaz’, ‘Gianni e le donne’), Lavinia Longhi (‘Immaturi – Il viaggio’, ‘Sanguepazzo’) not to forget the prodigious Angela Molina who starred in ‘That Obscure Object of Desire,’ the final film directed by Luis Buñuel.

A variety of first-class themes are warped into the worst representation of cliches. The universal power of love, the incommunicability quandary, the dilemma of discovering who you are while growing-up, coalesce into a stale and acrid flick. 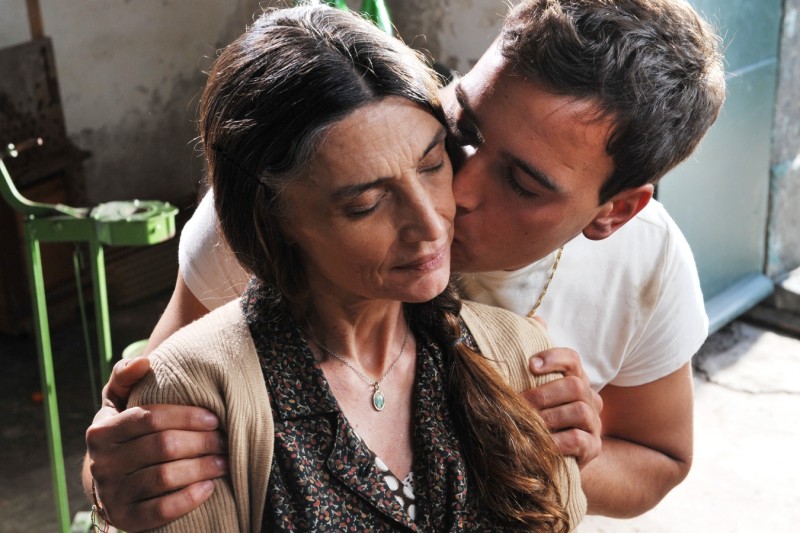