The hardship given by the current crisis is kept at bay by an irreverent third age comedy, set in the French banlieue. The story that has some Ken Loach influences, was conceived by Bianca Olsen, Laurie Aubenal and Cyril Rambour, who are students of Jérôme Enrico, professor of screenwriting at the ESEC  (École supérieure libre d’études cinématographiques), Paris’ school of cinema. Jérôme Enrico was so enthralled by the story written by his pupils that he decided to direct it.

Paulette lives on a Parisian housing estate and struggles to make ends meet on her meagre pension.  Since everyone around her appears to be making easy money by dealing in drugs she decides that she will start selling cannabis.  By combining her flair for commerce with her skill as a cook, she soon manages to make a success of her new venture.

Bernadette Lafont, is an extraordinary lead in this flawed comedy, as are her fellow screen partners, Carmen Maura, Dominique Lavanant, Françoise Bertin André Penvern, Ismaël Dramé, Jean-Baptisye Anouman, Axelle Laffont.  The story is nifty and potentially very amusing, but the dialogues fall in boorish and coarse humour. The effort is to portray Paulette as an incorrigible xenophobic and misanthropic who redeems herself, but besides the cheesiness of her transformation, her initial lack of scruples is channelled through ridiculously excessive dialogues.

What holds the movie together is the senior ensemble group of lady friends, that embody the wretched third age version of Sex & the (Parisian) City. However the sour-sweet comedy also recalls ‘Saving Grace,’ without losing track of the social condemnation on the theme connected to the economic crisis afflicting elder generations. 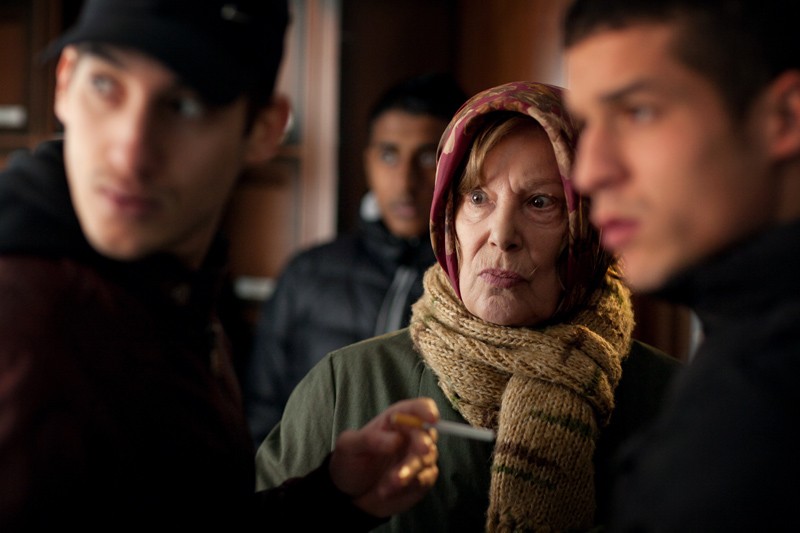