Title: Now You See Me

Director: Louis Leterrier (‘Clash of the Titans,’ ‘The Incredible Hulk’)

Taking from the rich who have no regard for the well being of other people and giving to the poor who don’t have the ability to make a place for themselves in the world is a common theme in films that satirize and explore the inequalities in modern society. The new crime thriller ‘Now You See Me’ is the latest example of a drama that strives to showcase how the actions of a few well-meaning people can positively alter the lives of many people in need. While the main vigilantes in the film unfortunately give into numerous cliches, the government official sent out to stop them ultimately has the most captivating, humanizing character arc in the story. Aided by continuous thrilling stunts throughout the story, the movie ultimately does feature an imbalance, but unfortunately it’s between the impressive visual effects and underdeveloped story, instead of the two sides of society it focuses on.

‘Now You See Me’ follows four solo magicians-Daniel Atlas (Jesse Eisenberg), Henley Reeves (Isla Fisher), Jack Wilder (Dave Franco) and Merritt Osbourne (Woody Harrelson)-who are brought together by a mysterious benefactor to start performing as a group. Traveling as a group called “The Four Horsemen,” the four magicians spend a year preparing a trick to take money from the rich and give to the poor. Sponsored by Arthur Tressler (Michael Caine), The Four Horsemen first gain America and the FBI’s attention when they rob a bank while performing in Las Vegas, and give their loot to the audience.

FBI agent Dylan Rhodes (Mark Ruffalo) is assigned to investigate the theft and is partnered with French Interpol Agent Alma Vargas (Melanie Laurent), who is new to the field. The two interrogate Daniel, Henley, Jack and Merritt after their performance, but are forced to release them after not being able to find an explanation on how they pulled off the robbery. As The Four Horsemen lead Rhodes across the country to performances in New Orleans and New York, the agent meets ex-magician Thaddeus Bradley (Morgan Freeman), who’s more interested in exposing the group’s secrets on television for his own monetary gain than helping the FBI catch them. In order to save his job and reputation, Rhodes is forced to quickly find a way to stop The Four Horseman before Thaddeus does.

While one of the main focuses of the crime thriller is the ability of the actors playing The Four Horsemen to bring about a believability to the idea that they support their cause of performing magic for their audiences’ benefit, director Louis Leterrier most brilliantly cast Ruffalo as Rhodes. While Eisenberg, Fisher, Franco and Harrelson each brought a confidence to their characters’ beliefs in their abilities as magicians and performers, they don’t as clearly define their emotions and motivations as much as Ruffalo. The actor carefully and elegantly balanced Rhodes’ desire to prove his abilities in his job, and show that he could be the one to bring down The Four Horsemen, with the agent’s vulnerability and tension over not knowing how to work with, and react to, Vargas. While many of the advertisements for ‘Now You See Me’ focus on the driving force behind, and the actual execution of, the four magicians’ charitable deeds for their audiences, the most humanizing and cultivating aspect of the film is the way Ruffalo portrays Rhodes as not easily giving into defeat as he pursues The Four Horsemen.

Unfortunately, despite the standout performance by Ruffalo, the screenwriters for ‘Now You See Me’-Roberto Orci, Alex Kurtzman and Bobby Cohen-at times created cliched and predictable character arcs for many of the main characters. Daniel is represented as a conceited narcissist who’s unable to cope with not always being the leader of the group. Henley tries to present herself as being poised and assertive as the only woman in the group, but ultimately puts too much value in what Daniel thinks of her, as they used to work together. Merritt is the smug, arrogant leader of the group, who takes no stock in how the other Horsemen view him, as he mainly only cares about regaining the success he lost when he was younger.

Jack is widely underused in the overall arc of The Four Horsemen’s quest for fame and glory, as his skills aren’t appreciate by the other three magicians. The fact that he’s underappreciated is emphasized when he asks Daniel if they can expand his place in the show. Jack’s most impressive moment is when he’s cleverly fighting off Rhodes and fellow FBI agent Fuller (Michael Kelly) after Daniel, Henley and Merritt flee their base apartment. Stunt coordinator G.A. Aguilar created high adrenaline, visually stunning fight sequences for Jack in the apartment, from trapping Fuller’s clothing in the garbage disposal to sliding down the garbage shoot to get away from Rhodes. Aguilar also created intriguing magic tricks for The Four Horsemen during their performances, from purportedly transporting an audience member to a bank in Paris to having Henley float over the crowd in a giant bubble. The advanced tricks emphasized The Four Horsemen’s dedication to serving and entertaining the public, at the expense of putting themselves in danger with the law.

‘Now You See Me’ disappointingly at times resorts to emphasizing predictable character developments to showcase the moral that standing up for and protecting the good of society requires righteous actions by a few well-meaning people. However, despite the cliched plot points of some of the main characters, Ruffalo captured the relentless determination of the FBI agent tracking the moral-driven magicians. Aided by the stimulating stunts created by Aguilar, the crime thriller did have several redeeming qualities to make the crime thriller creatively effective. 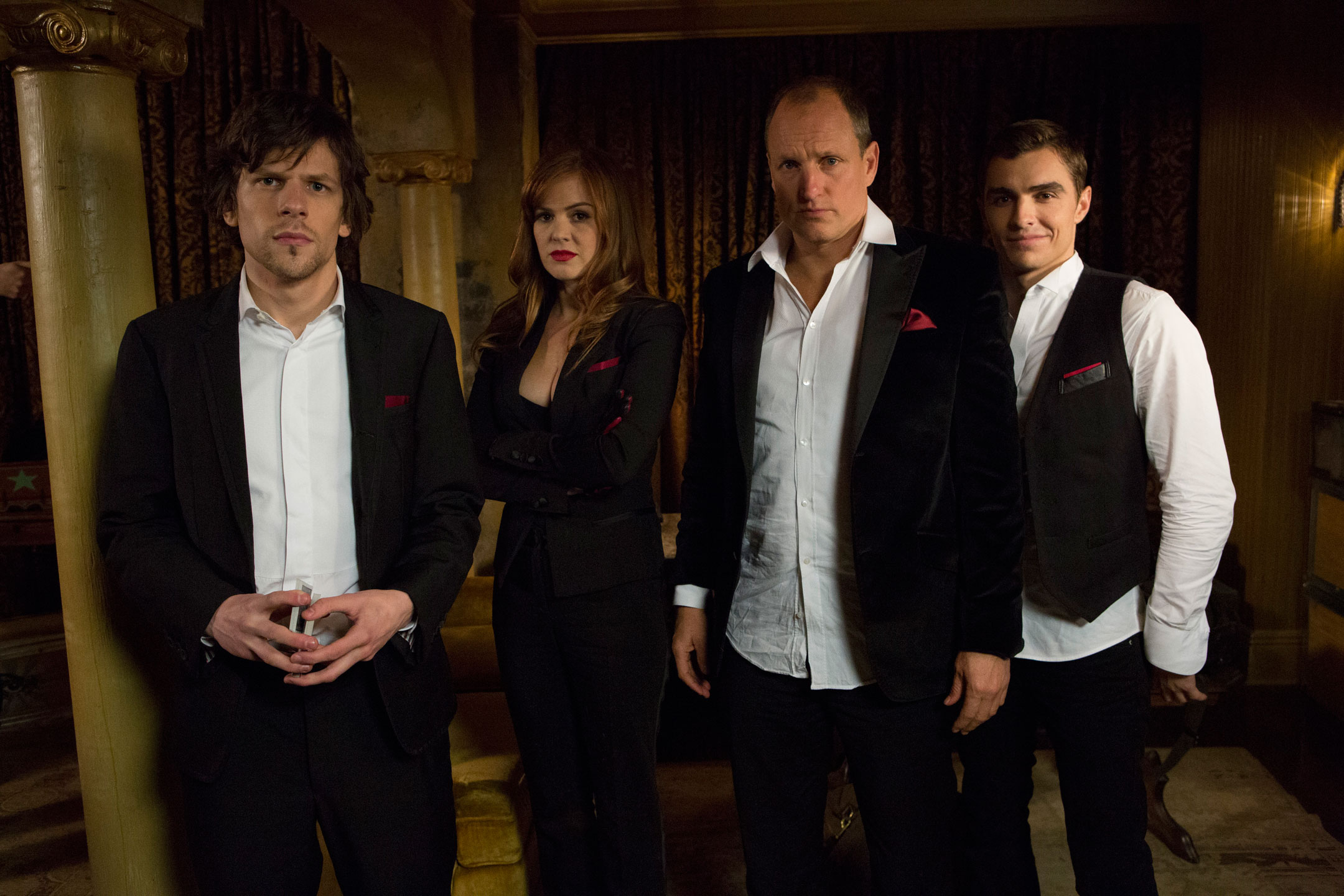