Since giving birth to Bravo’s horrifying television show, “Princesses: Long Island”, the island in the northeast is in dire need of redemption. As a native “Long Islander” and a female, I would prefer to not be associated with brainless brats with credit cards and instead have my stomping ground be known as the hometown of the Long Island rock outfit, NGBHRS.

Consisting of Jordan Schneider (drummer), Ian Kenny (vocalist/keyboardist), Tommy Fleischmann (guitarist) ad Eric Vivelo (bassist), the quartet will be dropping their debut full-length album, “Twenty One Rooms”, on July 16th. Just last week, NYLON Guys premiered the album’s lead single, “Hold Up Girl”. The track, which will be a guaranteed radio goldmine, is a missing piece to the timeline of rock music. The transition from the unnervingly raw sound of grunge/rock in the 90s to the infectiously cheesy sound of pop/punk rock in the 2000s was far from smooth and left the rock genre severely disjointed. NGHBRS ease this gap by crafting a style that infuses rock’s classic guitars riffs and vocal aggression with catchy verses and melodies. With a single play of “Hold Up Girl”, you will be itching to get your hands on “Twenty One Rooms”.

To record the forthcoming debut, which follows the group’s 2010 release “Hellomind”, NGHBRS moved into an abandoned mansion, the former estate of American poet and journalist, William Cullen Bryant, on the North Shore Of Long Island in the fall of 2012. Living in a rumored haunted house with no Internet and no television, NGHBRS, along with producers, Bryan Russell and Dan Gluszak, created the 11 track album that has “got the goods” to break through the pack of summer album releases.

“Twenty One Rooms” will be available to pre-order on June 6th. In the meantime, you should familiarize yourselves with the tunes off of “Hellomind”. Click here to get your copy.

Thanks to these guys, Long Island will survive this Bravo takedown. 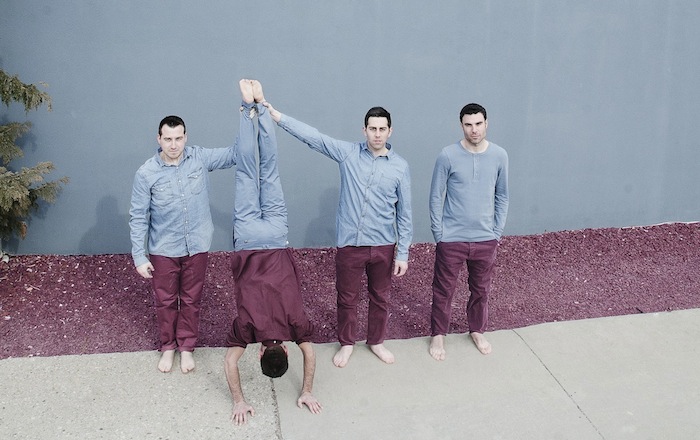