ABC Family is putting a hilarious spin on the dance competition with the funny “Dancing Fools.” Host Melissa Peterman was happy to talk about “Dancing Fools” during a recent conference call and if you love the show, read below to see how the voiceovers are created, how Peterman discovered her talent for comedy and more. Make sure to catch “Dancing Fools” at its all-new day and time, Fridays at 7/6c on ABC Family.

On discovering her talent for comedy:

I had always loved theater. People are really surprised, I was kind of a quiet kid but I was a natural observer. I loved to watch people and part of it was I was close to six feet tall in high school and got into theater. When you got someone to laugh it was like the power of “if I can just get them to laugh with me and not at me”, it was a powerful—the ability to get a laugh out of somebody, it doesn’t matter if you do it for a living or not, that’s an amazing feeling, humor is the glue that gets everyone together and it was a great defense for me in a way in high school. If you’re funny, it doesn’t matter that you’re towering over every boy there, and then I learned to embrace my height so it was a good combo. I think I was just on stage. I did a lot of theater in high school, and when I first got that first laugh, I was addicted.

On creating the video voiceovers:

We had a great team of writers led by Brennan Huntington who is fantastic and we had a couple of writers who used to work for the Ellen show. So we had a great team that would come in and they’d been watching them and they’d send them to me and I’d watch them and mull it over. So, I was able to have jokes prepared, but a lot of times, we would get in the booth and start watching them and either tweak that or I’d have an idea or they’d have an idea. So, we had a template that sometimes we went off of.

There was one, and we could not figure out what to do with this. It’s this older gentleman and I think he’s dressed as a baby dancing and we couldn’t come up with anything because it was hilarious but a little creepy but we wanted it to be funny. So over time, after a couple tries, we just came up with a voice of, “Hi, my name’s Clark Stevens. I’m here to audition for the part of the baby. Goo-goo gah-gah.” We just went “Okay, that works, we can do that.” So, a lot of times, we had a template, but we would definitely stray from it depending on what was happening in the booth at the time.

On her favorite part of “Dancing Fools”:

Meeting the contestants. I just love genuinely—I think everyone has a story and I love meeting new people and we met some amazing people. I like hearing people’s stories and what they do and I love that and also the professional dancers that we have, I love trying to dance with them. That also makes me very happy.

On how “Dancing Fools” is different from other dance competition shows: 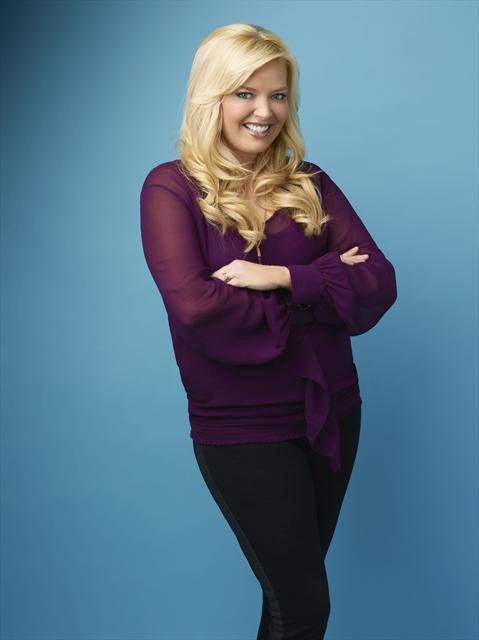 Cancel reply
Interview: The Bling Ring’s Israel Broussard
This Is the End Movie Review 2
To Top