Telltale Games just announced that their 2012 Game of the Year winning series The Walking Dead: Season One will be getting a new installment. A collection of five short stories exploring the aftermath of the first 400 days of the outbreak which will be playable in any order and focus on different character’s experiences taking place around a Georgia Truck Stop.

“After the incredible response to the first season of The Walking Dead, we wanted to surprise fans with something that offers a new angle on the world they love that’s connected to Season One and the upcoming Season Two through the choices that they make,” said Dan Connors, Co-Founder and CEO of Telltale Games. “400 Days is a great piece of connective tissue for fans to sink their teeth into and we’re thrilled that it’s to be included on PlayStation Vita as part of Season One.”

The Walking Dead is set in the world of Robert Kirkman’s award-winning comic book series available through Skybound.

Check out the game art and the trailer for The Walking Dead: 400 Days here: 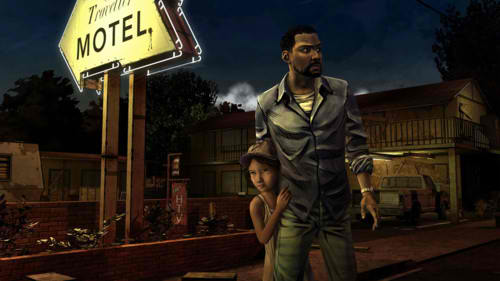 Cancel reply
Free Screening Of Breakup At A Wedding And Zachary Quinto Q&A In NYC
Exclusive: Jim Piddock Talks Family Tree, Think Like a Man Too
To Top