‘Like Crazy’ actress Felicity Jones has joined Eddie Redmayne (Les Miserable) in the Steven Hawking picture, ‘Theory of Everything’. Jones will play the wife of Hawking, who is set to be portrayed by Redmayne. The film will explore Hawking’s life and his relationship to his wife Jane. The two married prior to Hawking’s ASL diagnosis after meeting during their stint at Cambridge University. It is unclear if the Universal Pic will focus in on the renowned physicist’s divorce from Jane decades later.

The film is to be directed by James Marsh, the winner of the Best Documentary Oscar for his work ‘Man On Wire’. Anthony McCarten wrote the script for ‘Theory of Everything’ with Lisa Bruce, Tim Bevan and Eric Fellner, set to serve as producers on the project. Filming will kick off this coming fall. In the meantime Jones is busy working on ‘The Amazing Spider-Man 2’ from director Marc Webb after finishing up work on Ralph Fiennes’s ‘The Invisible Woman’, a feature following Charles Dickens’ secret affair and ‘True Story’, a tale about murderer Christian Longo. Jones is also said to be a front running candidate for the role of Anastasia Steele in the upcoming adaptation of 50 Shades of Grey from newly signed director Sam Taylor-Johnson. 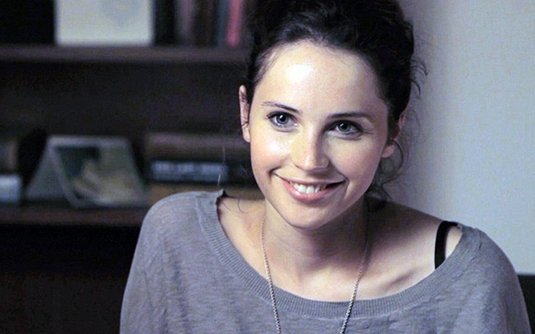