The 16th century comes alive in brutal and bloody fashion in “Solomon Kane,” distributed by Anchor By Entertainment and RADiUS-TWC. The film will be released on DVD and Blu-ray July 16 for $22.98 (DVD) and $26.99 (Blu-ray).

The film is directed by Here’s more about Michael J. Bassett (“Da Vinci’s Demons,” “Silent Hill: Revelation 3D”) and stars James Purefoy(“The Following”), the late Pete Postlethwaite (“In the Name of the Father”), Rachel Hurd-Wood (“Peter Pan”) and Max von Sydow (“The Exorcist”). The film’s character is created by pulp-era writer and mind behind
Conan the Barbarian, Robert E. Howard. Here’s more about the film:

“Captain Solomon Kane is a brutally efficient 16th century killing machine. Armed with his signature pistols, cutlass and rapier, he and his men unleash their bloodlust as they fight for England in war after war on all continents. As the story opens, Kane and his band of pillagers are carving a bloody path through hordes of defenders in an exotic city in northern Africa. But, when Kane decides to attack a mysterious nearby castle to plunder its rumored riches, his mission takes a fateful turn. One by one, Kane’s men are picked off by demonic creatures until he alone is left to face the Devil’s own Reaper — dispatched from the depths of Hell to lay claim to his hopelessly corrupt soul. Though Kane at last manages to escape, he knows that he now must redeem himself by renouncing violence and devoting himself wholly to a life of peace and purity.”

The special features on the Blu-ray and DVD include a ‘Making Of’ featurette, interviews and commentary with director Michael J. Bassett, the producers & cast, a deleted scene, gallery images and Special FX featurette!

Here’s how to enter. Below is the DVD artwork. Create a poster based on the DVD artwork. Follow us @Shockya and tweet us the poster and the phrase, “@Shockya is giving away a Solomon Kane prize pack! Follow and RT to enter!” You have until July 22 to enter. We’ll pick the best three posters and notify the winners through Twitter. Good luck!

You can learn more about “Solomon Kane” at its official site. 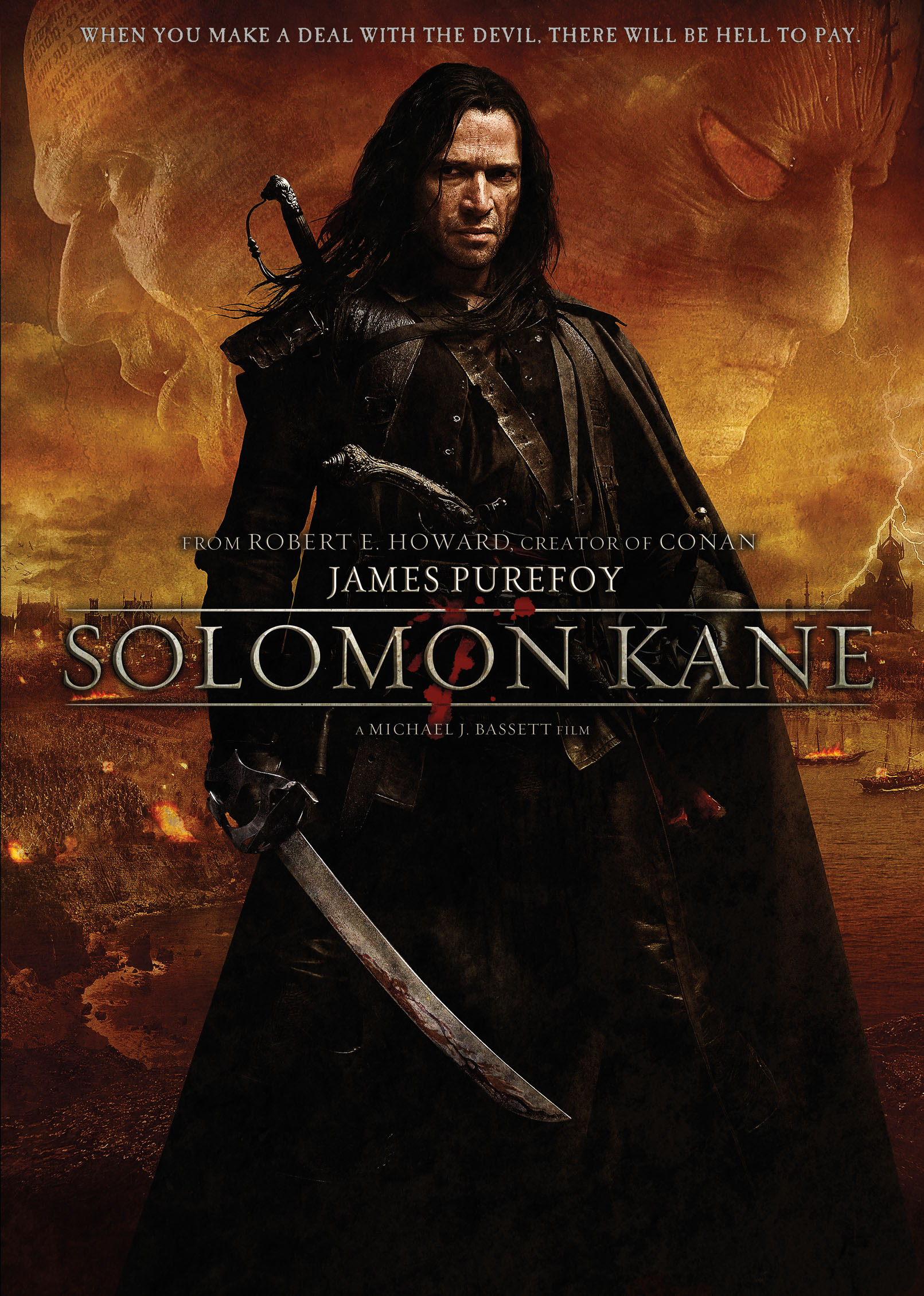