A candid but ultimately frustrating documentary look at the modern-day experience of escorts in the United States, “American Courtesans” both benefits and, later, suffers mightily from its informal, conversational style, centered as it is around the digressive recollections and asides of executive producer/interviewer Kristen DiAngelo, herself a former prostitute still active in the sex industry. Heartbreak and contented curiosity abound in this subcultural curio, but with no sense of flow that might lend it a honest recommendation.

“American Courtesans” takes as its interview subjects a spectrum of sex workers, some of whom are previously personally known to DiAngelo and some of whom are not. There’s an escort who also shoots adult movies; a former real estate agent who now offers up the “girlfriend experience” (plus some bondage, if needed); a woman who talks about her past as a sex caregiver (think “The Sessions”); and a variety of prostitutes whose experiences range from streetwalking and brothels to more discreet bookings. The stories are often shocking (one woman was working in a whorehouse as a 14-year-old) and sometimes bizarre in their illuminations of wounded logic (a mother turning to prostitution instead of going on welfare, to provide for her son). Unfortunately, “American Courtesans” doesn’t have a grounded point-of-view or sense of streamlined purpose; it lurches to and fro, alighting on anecdotes and settling for garish shock when a more poignant knockout punch is easily within its reach.

Understandably and admirably, the film partially serves as a piece of cinematic advocacy for abolishing the legacy of violence against women in the trade. But while rapes and a lot of simply deplorable abuse is discussed, the specter of childhood trauma more broadly (“The only person I was ever afraid of was my mother,” says one woman) is often glossed over as a motivating factor for these women seeking self-worth and money in prostitution, which seems to ignore at least part of the cause of women in the sex industry finding themselves at the mercy of manipulative scumbags.

Director James Johnson oversees an extraordinarily muddled and misguided technical package, however; the film is arbitrarily edited, in a fashion that repeatedly undercuts otherwise significantly emotional reminiscences. More than a half-hour in, characters are still being introduced for the first time, and there’s an awkward pivot into a discussion of men needing validation through sex which, while weighted with truth, feels more than a bit dubiously timed.

Perhaps most interestingly and instructively, “American Courtesans” does include amongst its interviewees both some of the customers and family members of prostitutes, helping chip away at the social stigma attached to the profession. More solid integration of this material would have further benefitted the movie. While DiAngelo isn’t by nature a great interviewer, her shared biography with many of these other women could help provide “American Courtesans” with a charged, unique portrait of the special kinship (sometimes spoken, more often not) both between sex workers themselves, and their clients. Alas, that picture doesn’t come into full focus here.

NOTE: In addition to its theatrical engagements, “American Courtesans” is also available nationwide on July 12 on iTunes and across all VOD platforms, as well as on Blu-ray and DVD. For more information, visit www.AmericanCourtesans.com. 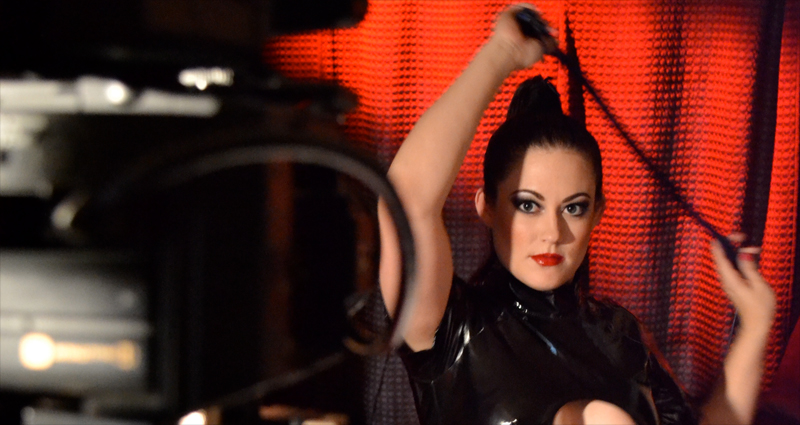