The first poster for “Oldboy” was released earlier this week, but if you thought that was all the “Oldboy” news you were going to get this week, you’re wrong! Yahoo! Movies has released the first trailer, and this trailer is a doozy–it’s red-band!

“Oldboy” is directed by Spike Lee and stars Josh Brolin, Elizabeth Olsen and Sharlto Copley. The film is a remake of the Korean film adaptation of the manga of the same name. The film tells the story of an ad executive who is finally released from a 20-year ordeal as a hostage.

Here’s the official synopsis of “Oldboy”:

“OLDBOY is a provocative, visceral thriller that follows the story of an advertising executive (Josh Brolin) who is abruptly kidnapped and held hostage for 20 years in solitary confinement. When he is inexplicably released, he embarks on an obsessive mission to discover who orchestrated his bizarre and torturous punishment only to find he is still trapped in a web of conspiracy and torment. Co-starring Elizabeth Olsen and Sharlto Copley, OLDBOY was directed by Spike Lee, from a script by Mark Protosevich (‘I Am Legend,’ ‘The Cell,’ ‘Thor’). The film was produced by Roy Lee, Doug Davison and Nathan Kahane.”

What do you think about the film? Give your opinions in the comments section below! “Oldboy” comes to theaters October 25. 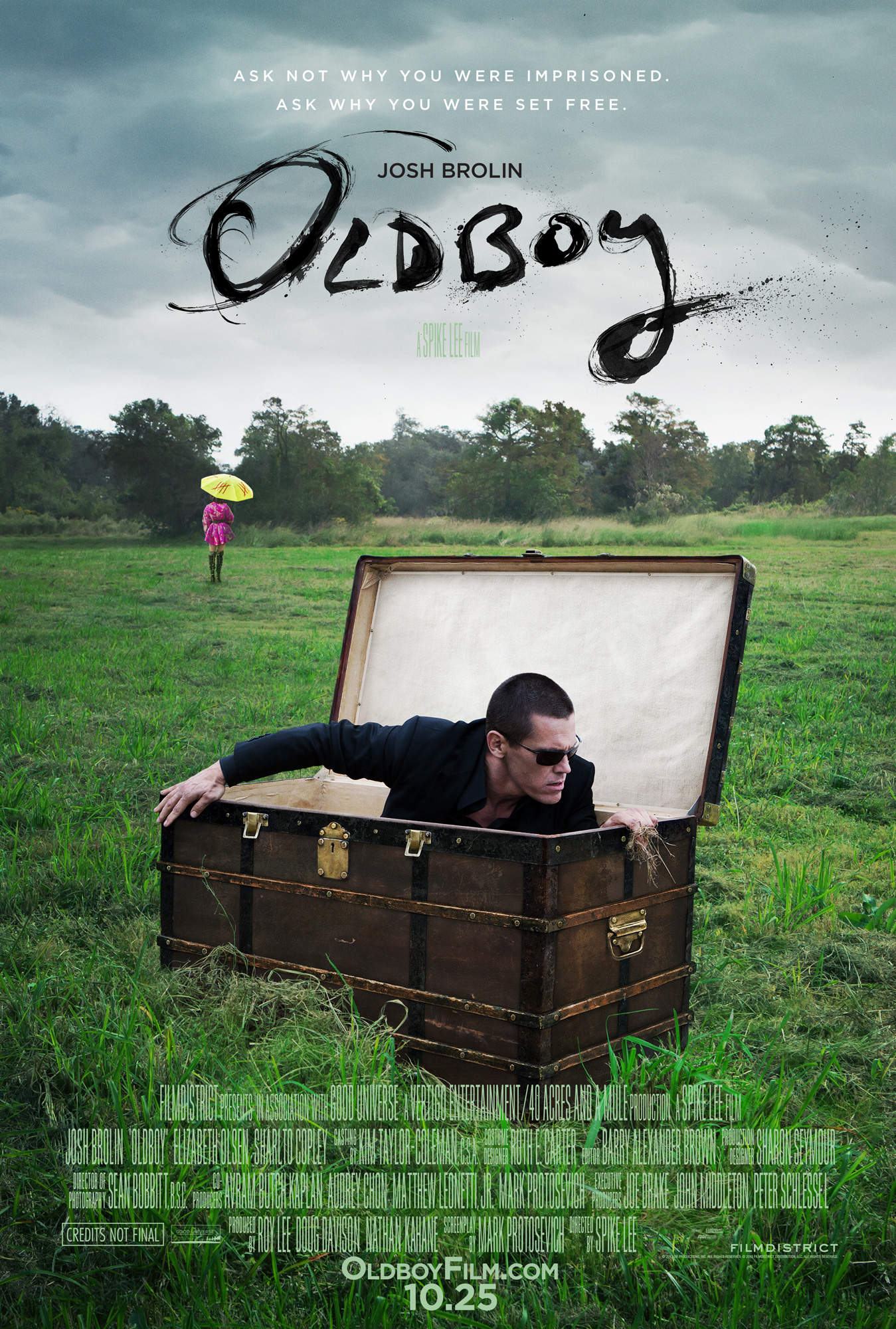