South African-born filmmaker Wayne Kramer has to have had one of the most interesting career arcs of any director of note over the past decade. After his debut movie, “The Cooler,” starring William H. Macy and Maria Bello, achieved a certain level of buzz-heavy breakout at the Sundance Film Festival in 2003, he parlayed that success into a demented crime thriller, 2006’s “Running Scared,” starring Paul Walker. Featuring warped fairytale leitmotifs (sidebar: for fun, pair the movie in a double feature with Joe Wright’s “Hanna”) and child-molesting serial killers inessential to the main plot, the film was clearly a tough/misunderstood sell, even for edgier distributor New Line. Given a halfhearted theatrical release, it pulled in under $7 million, and garnered the dubious distinction of being the lowest-grossing earner of Walker’s post-“The Fast and the Furious” career.

Then Kramer adapted “Crossing Over” from his own short film of the same name, and inked a high-profile cast that included Harrison Ford, Sean Penn, Ray Liotta and Ashley Judd. A sprawling drama about various illegal immigrants living lives on the fringe in Los Angeles and working to achieve legal status, it was supposed to be to immigration what Stephen Gaghan and Steven Soderbergh’s “Traffic” was to the drug war — an issue-based statement drama with awards potential. Various editing battles over the film’s length dragged on, Penn demanded his scenes be excised, and the Weinstein Company sat on it for a year-and-a-half before finally releasing it in a small number of theaters in 2009.

All of which brings us to “Pawn Shop Chronicles,” Kramer’s fourth completed film behind the camera, and yet another zonked-out entry in his strange, sexually barbed canon. A meandering yet in some ways oddly memorable anthology of sweat-soaked lunacy that in its home stretch attempts to pull off a full-circle statement of dubious clarity, the movie shares a lot of the same crazed DNA as “Running Scared,” but lacks that film’s… dare I say it, cracked cogency and coherence.

Scripted by Adam Minarovich and set in small Southern town, “Pawn Shop Chronicles” aims to evoke “Pulp Fiction” but more recalls something like “Burning Palms.” The title tips off the movie’s fulcrum setting — a grungy swap store operated by Anton (Vincent D’Onofrio, quite good) — but it’s easier, more efficient and makes just as much sense to merely list a bunch of things that are in the movie: a sad-sack Elvis impersonator (Brendan Fraser, doing his impression of Nathan Fillion doing an Elvis impression) trying to scrape by; a bunch of idiot meth addicts planning (and botching) a robbery; a newly married man, Richard (Matt Dillon), lighting out on a quest of bloody vengeance to try to find his old wife (Pell James); townspeople lining up behind feuding barbers like rabid sports team devotees; and a parade of girls who, to the tune of “Amazing Grace,” are ceremonially wrapped in American flags.

As an ensemble piece, “Pawn Shop Chronicles” allows for all sorts of colorful, off-the-beaten path work; Elijah Wood plays a particularly skeevy fellow, and Walker (also a producer on the project) co-stars as Raw Dog, a white supremacist meth-head who’s confused as to why he should hate Jews, since he owns three Adam Sandler DVDs. These performances give the movie crackle and pop; it’s certainly not a boring thing.

Minarovich’s screenplay has a few funny touches (“At least Jesus didn’t write ‘Battlefield Earth'” reads a truck’s bumper sticker) and delights in rhetorical flourish. But it also feels very much like a collection of characters arbitrarily tossed together. Kramer’s first work that he didn’t also script, “Pawn Shop Chronicles” lurches to and fro, lacking a dynamic narrative throughline (it’s meant to be Richard’s quest, but that dog doesn’t quite hunt). Its point (if there is one) evaporates early on, never to return, and Kramer struggles to summon and maintain a tone that makes sense and feels emotionally balanced. The film often looks gorgeous, but the result is definitely far less than the sum of its parts. 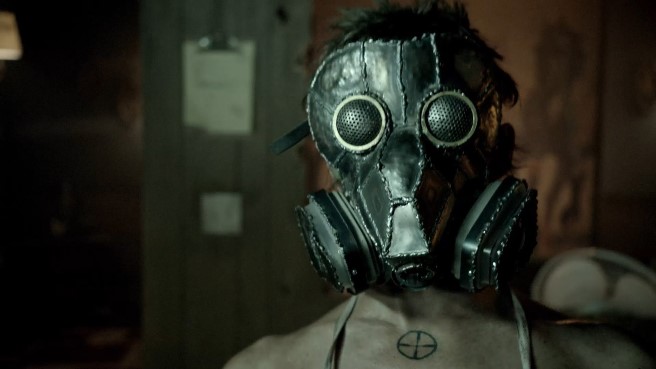