David Fincher and Aaron Sorkin provided a superlative look at the messy founding of one of the new digital age’s true pillars with the Oscar-winning “The Social Network.” Before Facebook, though, there was of course Napster — the decentralized music file-sharing service that represented the original web-era socioeconomic disrupter, and brought the recording industry to its knees before itself flaming out in a bevy of lawsuits. Directed by Alex Winter, the documentary “Downloaded” provides a robustly engaging overview of its renegade birth and premature death rattle.

Wanting to be able to trade and share electronic music files, Shawn Fanning and co-creator Sean Parker (who would later go on to dip his toe in Facebook, as embodied in “The Social Network” by Justin Timberlake) conceived of Napster as a connecting service for music fans around the world. The fact that they didn’t own copyrights on millions of songs and albums was mitigated, in their belief, by a specific provision of the 1998 Digital Millennium Copyright Act, and the technicality that Napster was merely serving as a conduit for the (free) sharing of files ripped from CDs and other sources. It was certainly popular (especially on college campuses); in a matter of five months Napster went from under 30,000 registered users to more than 20 million. It seemed to be a case of an audience or fan-base beating industry to technology.

Naturally, the record labels weren’t too happy about this huge and sudden evaporation of profits — an embarrassment that likely colored their unwillingness to enter into good-faith negotiations to “legalize” Napster, or bring it inline with practices and standards that would deservingly compensate not only artists (the line flogged so mercilessly in public) but also, in some fashion, their bloated, vertical corporate structure. So… lawsuits followed. Napster would limp out of several legal bear traps, but essentially find it impossible to come up with a business model to placate the moneyed powers-that-be.

Winter gets much right with “Downloaded,” and with good reason; he initially approached Fanning almost a decade earlier, and for some time worked on a narrative feature adaptation of the Napster story before deciding to go the documentary route. So he grasps the entrepreneurial spirit that powered this leap of faith. Deftly interweaving interviews with Fanning, Parker and various industry insiders, Winter also nicely sketches out the contrast and inherent standoffish tension between the “ruling class” and these young, T-shirt-wearing interlopers, who had no contacts in the music business (or any other business, for that matter) and barely seemed to understand the industry they were revolutionizing before they started out.

The mystery meat left on the bone, though, seems to be a particularly contentious periods of months in the fall of 1999, just before the Recording Industry of America Association’s ton-of-bricks lawsuit. While reality is probably a deep shade of grey, Winter doesn’t really get down in the weeds and press for hard answers from his various subjects. As such, “Downloaded” can’t fully tease out the truth regarding either Napster’s aims and intent, or the record labels’ willingness to change and compromise.

It’s a shame, too, that bigger Napster litigants and some of the most vocal critics, like Metallica’s Lars Ulrich and Dr. Dre, as well as more general technology-phobes from the past, don’t sit for fresh, reflective chats about what might have been had Napster been given the room to change and grow. The aforementioned are all glimpsed in prior interviews and news footage (and the grandstanding Ulrich provides an inescapably big thread), but some of the arguments being had about the consumer-friendly changes that Napster helped bring about in music seem downright antiquated. Maybe that’s oddly appropriate, though. Napster remains such an interesting case study as much for its ultimate failures as its many successes in assaulting the status quo.

NOTE: In addition to its theatrical engagements, “Downloaded” is available across VOD platforms. For more information, visit www.DownloadedTheMovie.com. 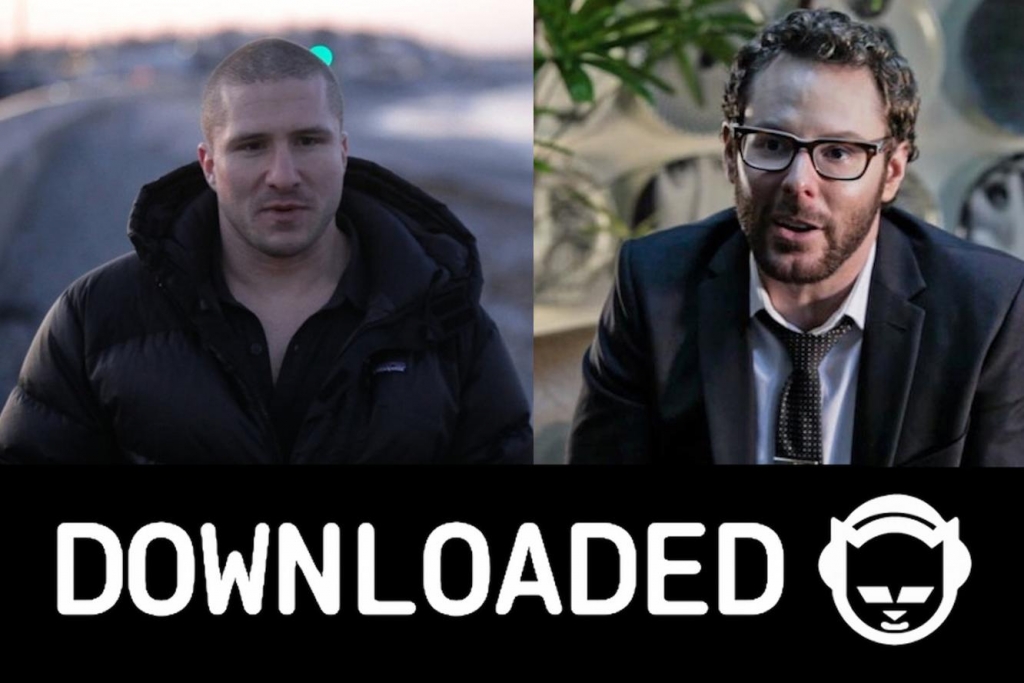