The anticipated action adventure romance ‘Divergent,’ which is based on the first installment of Veronica Roth’s bestselling futuristic trilogy, has received a worldwide IMAX release date of March 21, 2014, Summit Entertainment has announced. The film, which is being directed by Neil Burger and stars Shailene Woodley and Kate Winslet, will be digitally re-mastered into the IMAX format for the release.

Summit Entertainment has released the following synopsis for the movie, which was co-writen by Burger, Evan Daugherty and Vanessa Taylor:

‘Divergent’ is a thrilling adventure set in a future world where people are divided into distinct factions based on their personalities. Tris Prior (Woodley) is warned she is Divergent and will never fit into any one group. When she discovers a conspiracy to destroy all Divergents, she must find out what makes being Divergent so dangerous before it’s too late.

Greg Foster, the CEO of IMAX Entertainment and the Senior Executive Vice President of the IMAX Corp., said “We’re thrilled that IMAX audiences across the globe are going to be able to experience the first installment of this next highly successful franchise in the most immersive way possible.” Lionsgate Motion Picture Group Co-Chairs Rob Friedman and Patrick Wachsberger add “We’re delighted to continue our successful collaboration with IMAX, with whom we have already partnered on the global blockbuster ‘The Hunger Games’ and ‘Twilight Saga’ franchises, and we’re especially pleased that we can introduce our newest young adult franchise, ‘Divergent,’ to the movie going public in the premium IMAX format that celebrates its status as a special and memorable event.” 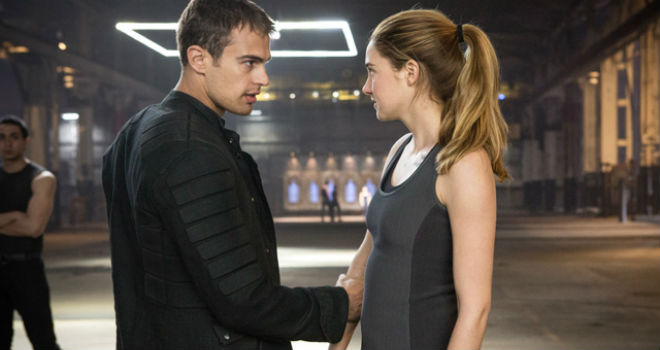