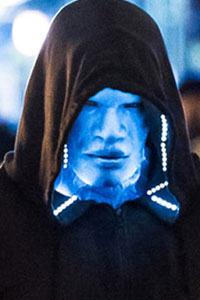 Not only do we have “The Amazing Spider-Man 2” due in theaters on May 2, 2014 and the third and fourth installments coming soon thereafter, but as long as producer Avi Arad is around, the Spider-Man movies will just keep on coming.

The second film of Marc Webb’s take on the character forces our hero to go up against what’s being described as a god-like villain, Jamie Foxx’s Electro. How do you take down an enemy with the power to harness electricity and zap anyone and anything into dust? Spider-Man (Andrew Garfield) is going to have to figure it out while prepping for his high school graduation, working on his relationship with Gwen (Emma Stone), and rekindling his friendship with Harry Osborn (Dane DeHaan).

“Cloudy with a Chance of Meatballs 2,” “The Mortal Instruments: City of Bones,” and “RoboCop” all deserved their time in the Hall H spotlight, but “The Amazing Spider-Man 2” was undoubtedly the pinnacle of the Sony and Screen Gems Comic Con panel. Just before unleashing the beloved web slinger on the San Diego crowd, Arad sat down to enlighten us on his personal appreciation for the character and explain why Spider-Man’s run on the big screen never has to end.