After the success of “Arrested Development” and “Superbad,” Michael Cera promptly, predictably found himself plugged into a roster of other Hollywood studio comedies with varying levels of successfully integrated quirkiness, while also exhibiting a keen sense of taste relating to indie projects (e.g., “Juno,” “Youth in Revolt”). This summer, after having already played a coked-up version of himself in the “Apatow All-Stars” project “This Is the End,” Cera again dives headlong into Indieville with what might very well be his most daring, off-the-beaten-path professional choice yet.

Directed by Sebastián Silva — from a story loosely based on an autobiographical experience, and shot in a period of several weeks while he and Cera were waiting to film “Magic Magic” — the highly improvised, Chilean-set travelogue “Crystal Fairy” unfolds in long, shaggy, straggling stretches seemingly meant to mimic and induce the frazzled vexation of its protagonist. Think an ambling “The Sitter” by way of Gus Van Sant’s “Gerry,” stripped free of any of the former’s lunacy and replaced instead with passive-aggressive back-biting and obsession over a hallucinogenic cactus. That’s “Crystal Fairy,” a meandering movie that doesn’t do a lot to reward one’s time but still gives one something to think about once they’ve escaped its clutches.

Cera stars as Jamie, a party-hopping, cocaine-happy (I sense a 2013 theme here for the actor) American visiting some friends in Santiago (the director, along with his brothers José Miguel Silva and Augustín Silva, round out the cast). At a party the night prior to a planned road trip, Jamie meets the eccentric title character (Gaby Hoffmann), a devil-may-care, nouveau hippie chick, and involuntarily and not quite seriously invites her along on their trip to the desert, during which they hope to find and sample San Pedro, a native cactus with legendary shamantistic effects. When Crystal Fairy takes Jamie up on the offer, things get weird(er).

For a while one might surmise that “Crystal Fairy” is merely going to be an exotic-set comedy of drunken regret, wherein twentysomethings making bad choices rub up against one another in irritation, to the moment of some raw outburst, or the series of same. While it certainly has some base-level fun, Silva’s aims are for the most part much more inwardly reflected, however. He casts Jamie and Crystal Fairy as emotional opposites — he’s about the destination, she’s about the journey — in order to try to sketch a portrait about young adult responsibility, and a rejection of the same.

The problem is that it’s just so… enervated, and attention-testing. This is essentially a tone poem/character piece, but it hangs a lot of weight on goodwill for its two leads (along with Cera’s totally awesome hair, which resembles a 15th century serf). Exhibiting an anxious restlessness, Cera brings an amusingly engaging quality to Jamie’s self-involved obsession; he’s pretty much an asshole, but the type of asshole who gets a pass because his imagination seems so small. Hoffmann, meanwhile, embraces her character’s flightiness and casual nudity — and then turns around and nails a heartbreaking campfire confessional that’s meant to serve as “Crystal Fairy”‘s big emotional payoff. By that point, though, Silva’s movie has long since reached an in-viewing point of diminished return. That there will be a couple moments that stick with you, however, are the movie’s sly surprise — and a complete testament to its performers. 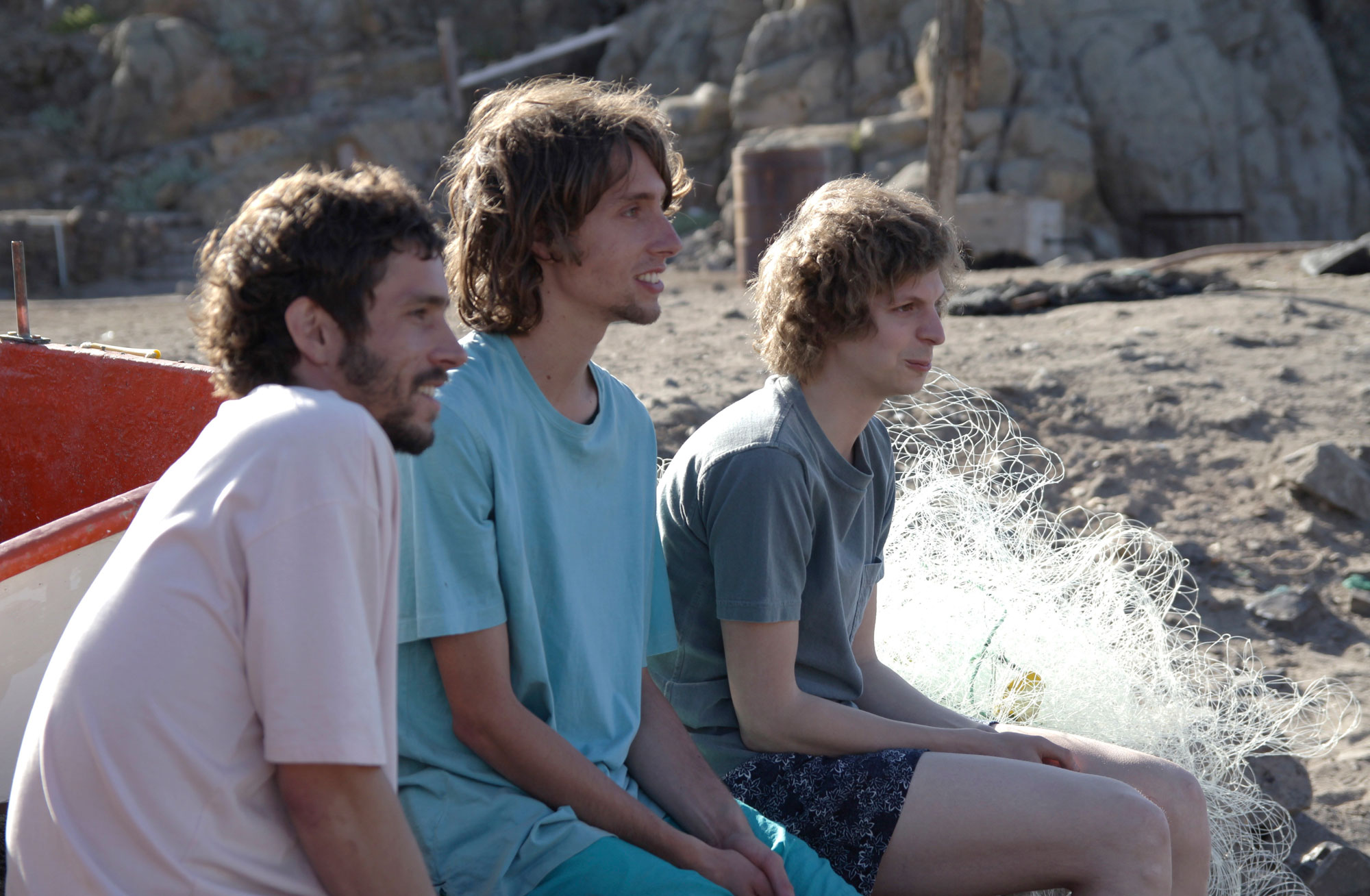