Rote, declamatory representations of paranoia, fear, delusion and counter-attack get cycled through in “Stranded,” a low-budget science-fiction actioner that unfolds on a heightened emotional pitch which doesn’t leave much room for intrigue or escalating tension. Starring Christian Slater, the futuristic movie is set on the lunar surface, but it lacks the overall virtuosity of “Moon,” the visual elegance of the flawed but interesting “Europa Report,” or even the outlandish lunacy of “Apollo 18.” In short, it’s a paycheck project for all involved, and nothing that those outside of diehard genre completists need waste their time on.

Slater, sporting a leather jacket for reasons unexplained, stars as Gerard Brauchman, the leader of a U.S. military moon base that gets cut off from Earthly contact when it’s bombarded by a rogue meteor storm. Afraid of the possibility of carbon monoxide poisoning, Brauchman and the rest of his team — Dr. Lance Krauss (Brendan Fehr), Ava (Amy Matysio) and Bruce (Michael Therriault) — attempt a risky repair. Before long they discover that the meteors harbored alien spores. When these start replicating and produce a shape-shifting predatory life form, the situation for the crew goes from bad to worse.

British-born director Roger Christian, an Academy Award winner for his art direction on “Star Wars,” but best known for the infamy attached to helming “Battlefield Earth,” reconfirms himself a poor director of action. His vision for “Stranded” leans heavily on his art direction for the ground-breaking “Alien,” and while there’s definitely a savvy appropriation of an obviously miniscule budget which incorporates some scale models and the like, it’s all compromised by an unattractive visual scheme and super-cramped framing from cinematographer Mark Dobrescu. The entire movie gives off a claustrophobic feeling and there’s no clear delineation of space, which makes its third act quite sigh-inducing.

The script, credited to the director and Christian Piers Betley, takes a list of familiar ingredients — the introduction into an enclosed environment of a seemingly low-level alien life form and its subsequent rapid evolution; hallucinations; multiplying human distrust — and works it up into a soufflé of frazzled yelling and gooey monster shenanigans that, paradoxically, works out to be less interesting than either a straight-up action imagining of this same material or something entirely cerebral and interior. A lot of the dialogue breaks one of two ways — either consisting of Brauchman and his crew members stating things to one another that they should all already know, or justifying the breaking of protocol or agreed upon precautions, in order to push the story awkwardly forward. (There’s also lots of yelling about closed airlocks). “Stranded” isn’t thrilling, or scary, or remotely scientific. Rather, its title just describes how viewers will feel in its 88-minute grasp.

NOTE: In addition to its theatrical engagements, “Stranded” is also available across VOD platforms. 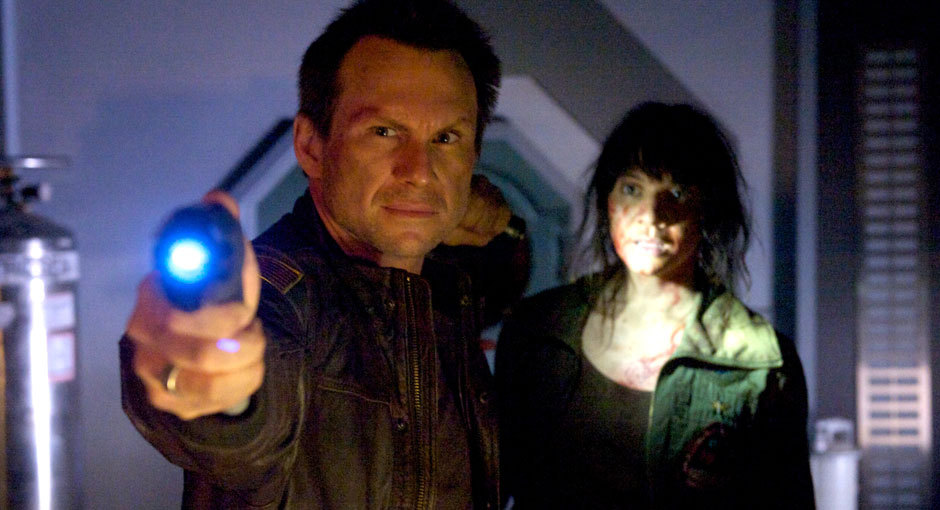