Lionsgate is auctioning movie prize packs from three of its anticipated films, including ‘The Hunger Games: Catching Fire,’ ‘You’re Next’ and ‘I, Frankenstein.’ The packages, which will include such items as posters and T-shirts, are from 2013 San Diego Comic Con. The proceeds from the auctions will benefit The Elizabeth Glaser Pediatric AIDS Foundation.

The winning bidders will receive the studio certified posters with a signed letter verifying their authenticity. Auctions begin today on Ebay and will end August 7. Visit the Ebay ‘The Hunger Games: Catching Fire, Comic Con poster and I, Frankenstein pages to place bids on the packages.

The last five character poster packages Lionsgate is auctioning off is from director Stuart Beattie’s horror thriller, I, Frankenstein. The packages include an ‘I, Frankenstein’ T-Shirt; a movie poster signed by actors Aaron Eckhart, Yvonne Strahovski, Kevin Grevioux and Beattie, the latter two who co-wrote the script together; and three ‘I, Frankenstein’ tattoos. 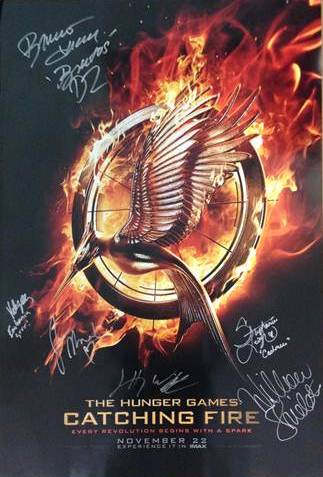 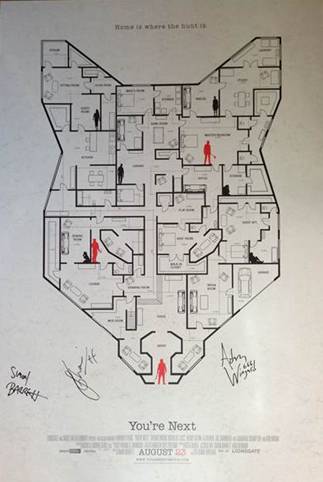