“Breaking Bad” fans, foreign film cineastes and gangster flick aficionados should all find something worthwhile in Johnnie To’s taut, impeccably staged “Drug War,” an involving, atmospheric cops-and-criminals import. For years, To’s films struggled to find Stateside distribution, while lesser action filmmakers burnished their reputations ripping off his style. That changed by degrees with a stretch of films from 2005 to 2007, including “Triad Election,” “Exiled” and “Triangle,” which did mostly boutique box office in the United States but solid home video business for distributor Tartan.

The 58-year-old, Hong Kong-born To (whose name rhymes with “row”) often delivers films that touch upon themes of fate, exploiting his knack for keen, offhand social observation while never sacrificing a highly stylized visual aesthetic. His first mainland production leans more toward an exercise in style than some of his previous fare, but “Drug War” still serves up a gripping if familiar police-sting narrative along with the filmmaker’s characteristically brawny, well-edited action theatrics. Doom hangs over the movie like a low-lying cloud, and there is certainly metaphor in the air if one looks for it.

Following a lab explosion that kills his wife and two brothers, meth manufacturer Timmy Choi (Louis Koo) finds himself under arrest. Fearing for his life, Timmy is forced to help Captain Zhang (Sun Honglei) if he wants to avoid execution (drug production is a capital offense in China). Over the course of the next three days things spin further out of control, as Zhang impersonates both buyers and sellers in his effort to unravel a lucrative drug ring, and cops and criminals trade high ground like a hot potato.

Violence in To’s films means something, and “Drug War” is no different. It’s brutal and ugly — but also beautiful, in its own way. To and cinematographer Cheng Siu-keung stage, shoot and edit it with a heady combination of stoicism and scale, but the edicts of death casually handed out to mid-level dealers serves as a commentary on run-amok capitalism. Nobody wins in “Drug War,” except viewers looking for a well calibrated police procedural. 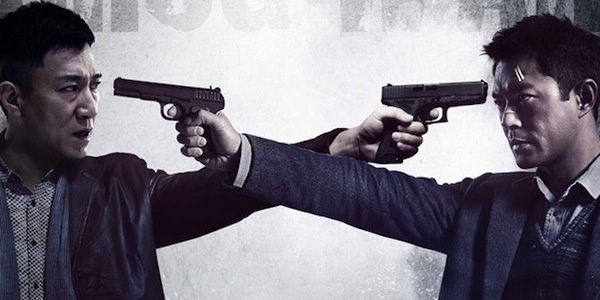