“Parkland” will bring audiences back to the final moments of President Kennedy in what seems to be a disturbingly realistic and gritty fashion. This realism also seems encapsulated in what looks to be a very beautifully crafted film.

The film, which will be in theaters Sept. 20, stars big names such as Paul Giamatti as the Abraham Zapruder (the amateur cameraman who happened to capture the assassination of President Kennedy), Billy Bob Thornton as Secret Service Agent Forrest Sorrels (the first to rush to the President), Jeremy Strong as Lee Harvey Oswald (Kennedy’s killer), Zac Efron as Dr. Charles James Carrico (the surgeon who tried to save Kennedy) and Marcia Gay Harden as Nurse Doris Nelson (whose testimony about Kennedy’s gunshot wound has now gone into legend).

Yahoo! Movies has released a new (and rather depressing and haunting) poster for the film and stills, which show the aforementioned actors deep into their roles. This looks like an amazing film and I’m a sucker for a good political drama. Check out the images below and see what you think about the film.

Write what you think about “Parkland” in the comments section below. 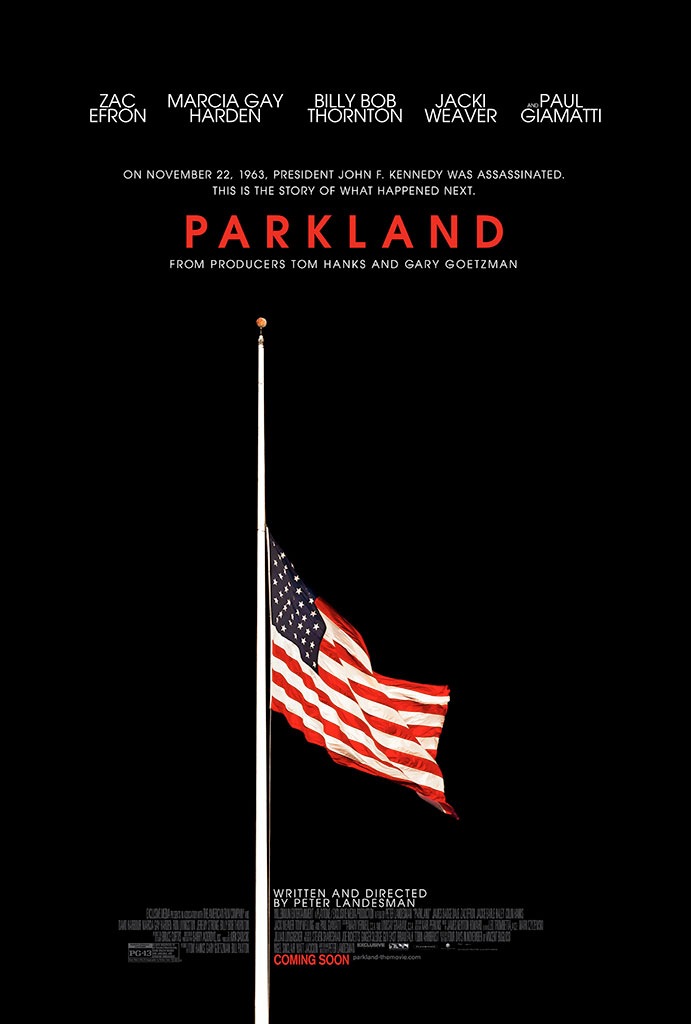