The box office results for the weekend of August 16th – 18th had a mess of intrigue, history, and violence. Lee Daniels’ The Butler emerged from the said mess as Kick-Ass 2, Jobs, and Paranoia struggled to get off to a financially clean start. Here are the studio estimates:

Out of all the newbies, Paranoia is the only one that should be flipping out, ironically. Created for $35 million, this corporate thriller is already obsolete as far as theatrical profits are concerned. It didn’t even crack the top ten as it only accumulated $3.5 million from 2,459 theaters (an awful % record you don’t want to claim for 2013). Unless it receives some major overseas funding thanks to Harrison Ford and Gary Oldman’s involvement, you can tag this as a certified Flop Alert.

Although Jobs, the biopic of Apple founder Steve Jobs, was met with crickets, it could still earn profits thanks to a thrifty production budget of just $12 million. Chances are it won’t get much love internationally due to lack of distribution, but it could at least break even with a solid DVD/On-Demand campaign. In comparison, the most recent pic that highlighted another modern-day mega-entrepreneur, 2010’s The Social Network, opened with $22.4 million and finished with a domestic total of just under $97 million.

Coming off a well-received initial installment in 2010, Kick-Ass 2 somehow beat itself up and lost fans. The production budget was $28 million, but if the sequel follows the trend of its predecessor (went on to hit just $48 million stateside), there may not be much life left in this sucker punch. And perhaps moviegoers are just summered out on the superhero/comic book genre. It’s been a grueling schedule this season, kids.

Lee Daniels’ The Butler managed to sneak in and steal the weekend. Clearly audiences were looking, or at least hoping, for some mental stimulation after being burnt out with over-the-top CGI and predictable stories (or is that just me?). Ringing up a production bill of $30 million, this will have a long tenure in the top ten thanks to an attractive all-star cast and story.

We’re the Millers held up better than Jennifer Aniston’s booty in the movie, dropping just 33% in weekend #2. The road trip comedy is now at $69.5 million on the home front off a $37 million production budget.

This week, The Mortal Insturments: City of Bones arrives on Wednesday, while The World’s End and You’re Next battle it out on Friday. Reviews will be right here my fellow Shockers! 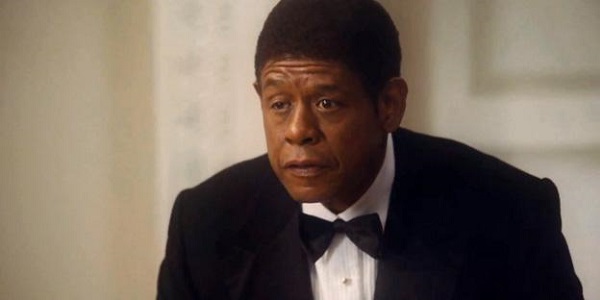