“Short Term 12” is infinitely dynamic, making it one of the most moving, harrowing, heartwarming, and satisfying films of the year.

Brie Larson leads as Grace, a young supervisor at Short Term 12, a facility for at-risk teens. Grace is all business, running a smooth operation, taking the time to truly get to know each and every kid, and essentially caring for them all like they’re her own. The problem is, Grace has a troubled past of her own and when a new kid comes and winds up rousing Grace’s inner demons, Graces runs the risk of losing her long-term relationship, control over Short Term 12, and her sanity.

As someone who tends to have a tough time finding an entry point when a narrative functions without a clear-cut trajectory, “Short Term 12’s” power to engage is just downright outstanding. Grace’s relationship with that new kid, a young girl named Jayden (Kaitlyn Dever), is one of the primary scenarios, but the full feature is so much more than that. Just like in reality, Grace isn’t hit with ups and downs one at a time; they come all at once, at odd intervals, or not at all, and the experience is all the more raw and moving for it.

Larson has enjoyed a healthy workflow over the years, but “Short Term 12” could wind up changing everything. You just don’t deliver a performance this powerful and not get noticed for it. Grace is the perfect amalgamation of everything. She’s kind, responsible, and passionate, and has the flaws to match. She’s guilty of hiding in the routine of her work to avoid addressing some major advancements in her relationship, she’s a fantastic listener but is often incapable of emoting maturely, and she cares so deeply for each and every one of her kids that it makes her fragile. Grace is the prime example of someone who appears to be in good shape on the outside, but struggles behind closed doors.

Few actresses could pull this off quite like Larson. She doesn’t just sell Grace’s exterior, but nails the unspoken elements, too, giving us an incredibly multi-dimensional lead character. It’s easy to like Grace for the good that she does, but Larson adds another layer to that too through her naturally commanding and mesmerizing on screen presence. She’s got the support of a stellar supporting cast backing her up, but no body seizes the spotlight in “Short Term 12” quite like Larson.

However, Dever does come close. At first Jayden comes across as your typical brat, but the moment she starts bantering with Grace, it’s clear there’s loads more to her and loads more that you quickly become eager to uncover. But again, this is a scenario that plays out totally naturally and while you might be wishing for Jayden to just cave and open up to Grace, the layers are peeled back ever so slowly until it all comes pouring out in a wildly thoughtful way. There’s also Keith Stanfield’s Marcus who’s on the cusp of growing out of the facility and being forced to move on. He’s generally tense and soft spoken so when something sparks Marcus’ temper, you can practically see his composure melting away. Even though those moments do come with concern for those around him, Stanfield never lets you forget that Marcus is just a kid, and one with a surprisingly big heart at that.

It’s also quite enjoyable watching Rami Malek’s Nate get Short Term 12 101 and find his place among the staff while Kevin Hernandez’s Luis comes with an amusing amount of sass that earns a number of laughs. And then there’s Alex Calloway’s Sammy who will melt your heart and then break it when he faces a particularly upsetting judgment.

Another standout is Gallagher Jr.’s Mason. Between Destin Cretton’s writing and Gallagher Jr.’s performance, Mason is a fully realized character and one that you can relate to, but it’s his ability to reveal the hidden pieces of Grace that makes him an exceptionally successful supporting character. An actor must be able to build his or her character on their own, but when you get additional perspectives on that character from those around them, it adds a dimension that even the most talented actor couldn’t do alone, and Cretton recognizes that and uses it to the max.

Cretton doesn’t just present the facts; he builds a world and lets you discover them for yourself. And even if something needs to be said point blank, like when Nate is learning the ins and outs of the facility, that information eventually gets another layer by seeing characters do it, interact with it, or be it. For example, if a facility resident makes it off the property, staff members can no longer touch them. We hear about the rule and see it happen once, but it isn’t until a certain character finally makes it into no-touching territory that we get further insight into the burden of the rule and into Grace by seeing how she solves the issue.

The more time you spend with a person, the more you get to know him or her, and the same goes for the characters in “Short Term 12.” Thanks to the intricate world and character building, the film has a dynamic quality that grows with each viewing. You’ll pinpoint details you never noticed and feel new emotions depending on your own mind frame at the moment, but ultimately, no matter what, walk out feeling fulfilled, moved and purely happy each and every time. 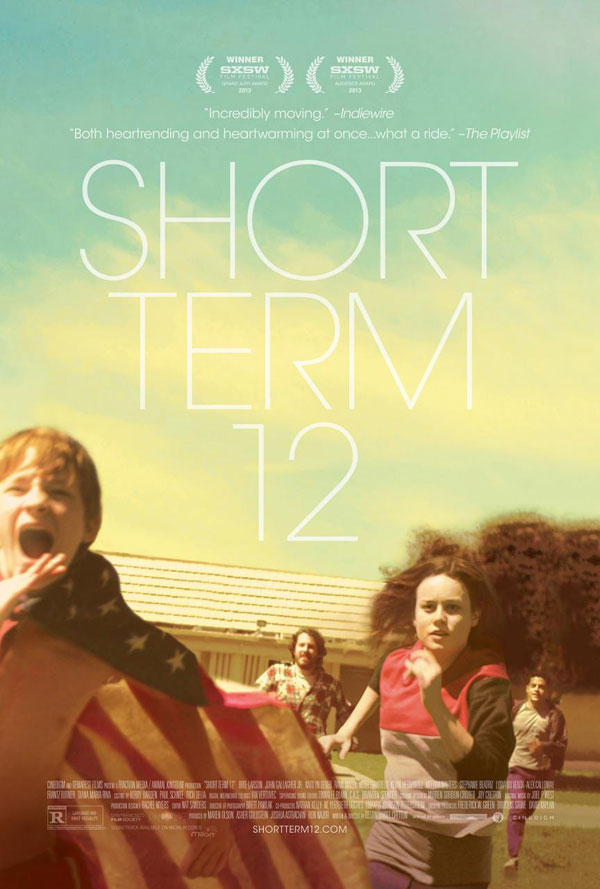