If you’ve been avidly checking The Hunger Games Explorer website, you’ve probably seen the new Victors banner that’s been revealed. If you haven’t check it out now! It features Katniss Everdeen (Jennifer Lawrence) and Peeta Mellark (Josh Hutcherson), but there’s also a new countdown clock, ticking down the minutes and seconds until we get to see the next banner poster. I wonder who it’s going to be!

“The Hunger Games: Catching Fire” follows Katniss and Peeta as they head back into the horrors of The Hunger Games. This time, though, its even deadlier since it’s the special Quarter Quell.

Lionsgate will release “The Hunger Games: Catching Fire” Nov. 22, 2013. You can learn more about the site at Hunger Games Explorer as well as its Facebook, Twitter (#VictorsRevealed, #CatchingFire), Google+, Instagram and Pinterest pages. You can also see more about Capitol fashion at Capitol Couture’s Instagram page. 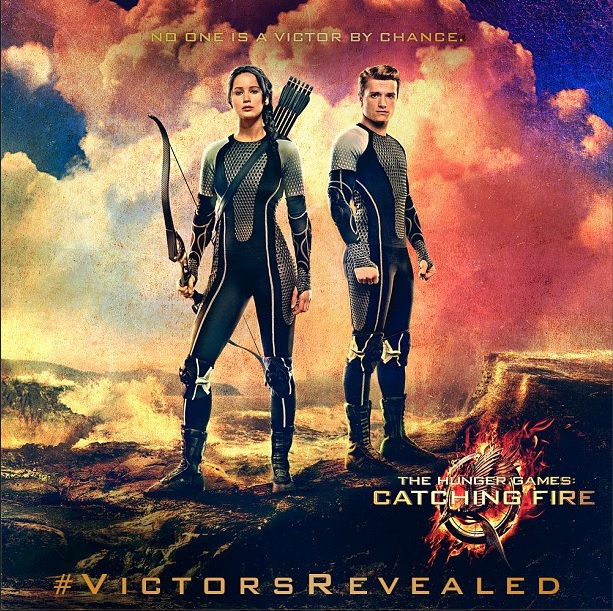 Cancel reply
Have a Seance with Insidious 2 (Plus 20 New Movie Stills)
The Mortal Instruments: City of Bones Movie Review
To Top