The poster for “Jackass Presents: Bad Grandpa” seems tame enough, but we all know that there’s more going on if Johnny Knoxville is involved. However, I will say that Knoxville looks like a convincing grandfather. The special effects makeup is really good, I think. Want to check out the new poster? Take a look below the post.

“Jackass Presents: Bad Grandpa” stars Knoxville as an 86-year-old who goes on a trip across America with his grandson. I guess you can think of it as naughtier version of “UP” without the cool large bird and talking dog:

“86 year-old Irving Zisman is on a journey across America with the most unlikely companion, his 8 year-old Grandson Billy in “Jackass Presents: Bad Grandpa.” This October, the signature Jackass character Irving Zisman (Johnny Knoxville) and Billy (Jackson Nicoll) will take movie audiences along for the most insane hidden camera road trip ever captured on camera.

Along the way Irving will introduce the young and impressionable Billy to people, places and situations that give new meaning to the term childrearing. The duo will encounter male strippers, disgruntled child beauty pageant contestants (and their equally disgruntled mothers), funeral home mourners, biker bar patrons and a whole lot of unsuspecting citizens.

Real people in unreal situations, making for one really messed up comedy.”

“Jackass Presets: Bad Grandpa” will be in theaters Oct. 25. You can learn more about the film at its website as well as its Facebook and Twitter pages. 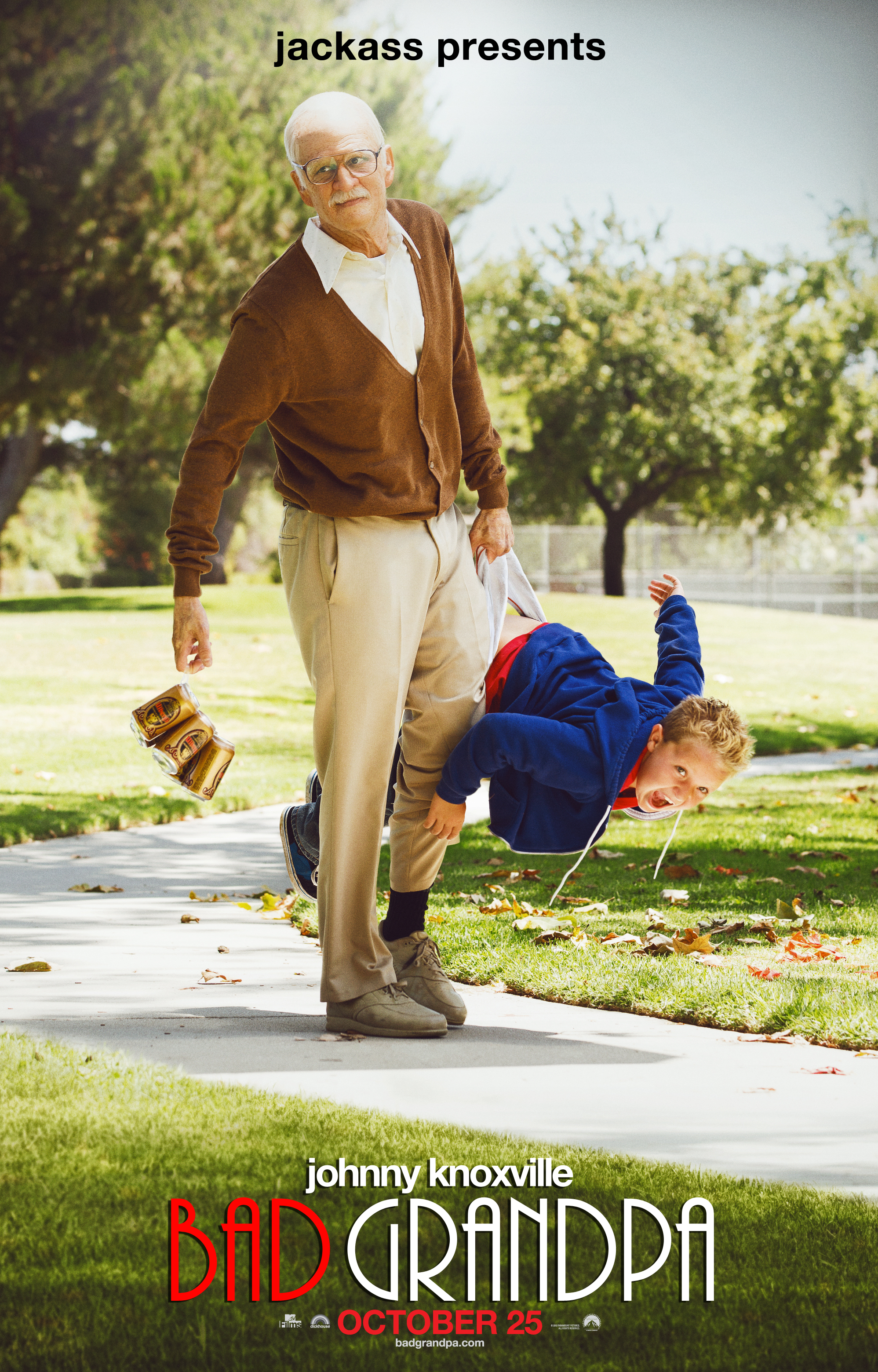