“Jayne Mansfield’s Car” is shaping up to be another great film in Billy Bob Thornton’s resume. Thornton’s work includes varied characters and deep performances, and if you are just now coming to Thornton’s work, it might be cool to get a better feel for what Thornton is capable of. Here is a list of just three of the many films starring Thornton that critics and audiences love and admire.

As you’ll read later in the plot synopsis of “Jayne Mansfield’s Car,” the film is considered Thornton’s best work as writer and director since his work in “Sling Blade.” “Sling Blade” tells the story of Karl Childers, a mildly retarded man who was abused as a child by his fanatically religious parents. When he finds his mother sexually involved with the town bully, Karl sees their actions as morally wrong and kills them with a sling blade. Years later, Karl is released from the asylum and finds a friend in a young boy, Frank. However, Frank’s mother–who is involved with an abusive boyfriend–poses a moral dilemma for Karl.

“Monster’s Ball” earned Halle Berry an Oscar, but it also showcased Thornton’s immense talent as well. Thornton played Hank Grotowski, a racist man in a southern town who falls in love with the person he wouldn’t have guessed he would love–a black woman named Leticia Musgrove, whose husband was on death row and executed by Hank. As he falls in love with Leticia, he reevaluates his life and viewpoints.

“Bad Santa” became an unconventional holiday cult classic once audiences got a taste of the hilarious, raunchy humor combined with Christmas cheer. Thornton and Tony Cox play a con duo who pose as a mall Santa and elf to rob malls across the country. Their plan gets thrown a wrench when a Willie befriends a small boy (Brett Kelly) and Gin, a mall security chief (Bernie Mac) becomes aware of the con.

“In what critics are calling his best work as writer/director since SLING BLADE, Academy Award® winner Billy Bob Thornton stars – along with Oscar® winner Robert Duvall, two-time Oscar® nominee John Hurt and Golden Globe winner Kevin Bacon – in this story of fathers and sons, wars and peace, and the turbulent time that changed America forever. It’s 1969 in a small Alabama town, and the death of a quirky clan’s long-estranged wife and mother brings together two very different families for the funeral. But do the scars of the past hide differences that will tear them apart or expose truths that could lead to the most unexpected collisions of all? Robert Patrick (WALK THE LINE), Ray Stevenson (‘Dexter’), Frances O’Connor (THE HUNTER), and Katherine LaNasa (‘Deception’) co-star in the acclaimed comedy/drama that Twitch Film calls “A perfect film for a lazy summer day with near-perfect performances across the board!”

“Jayne Mansfield’s Car” will be in select theaters Sept. 20. 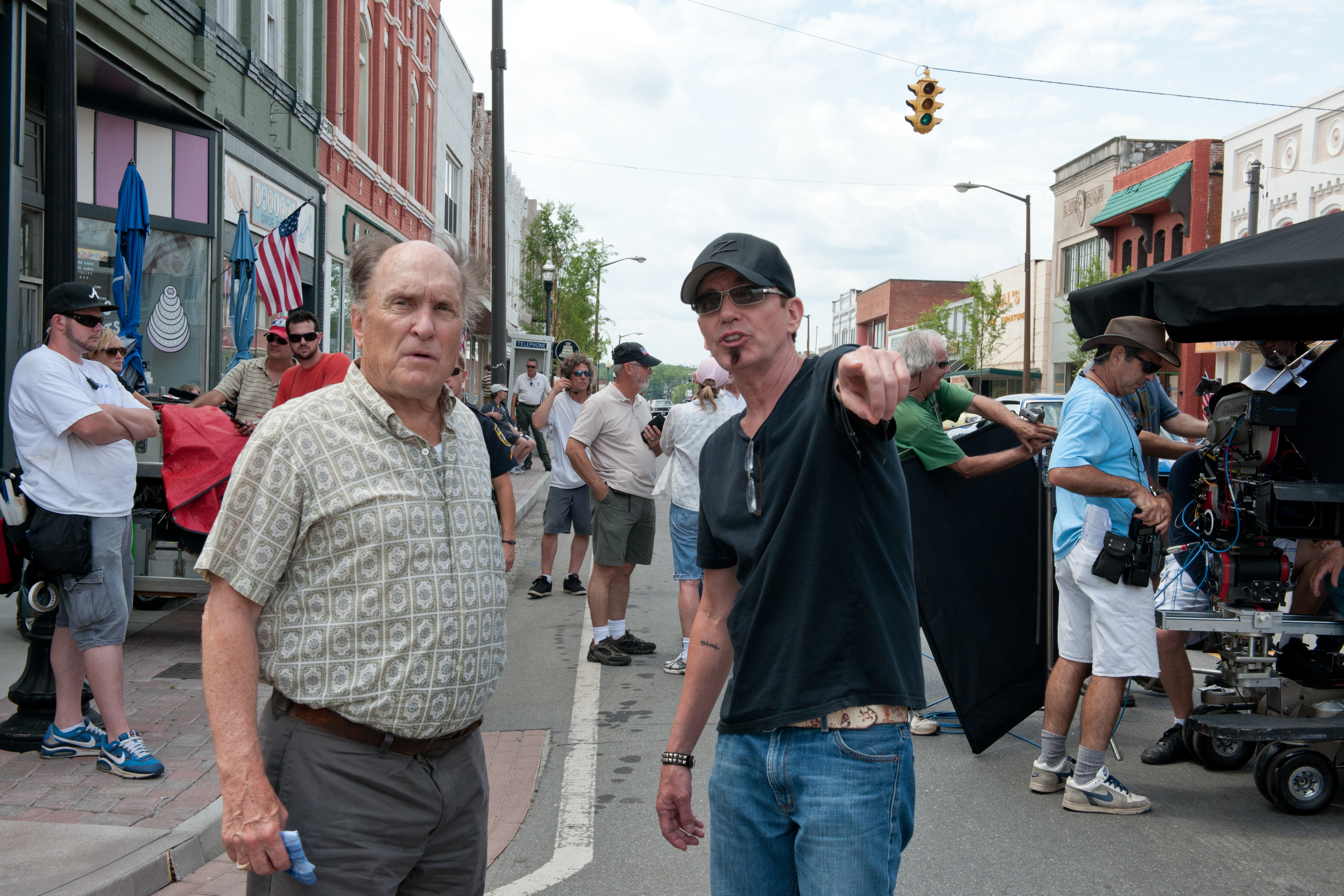