The indie film “Fat” sheds light on just how harsh the world can be to the person suffering from food addiction. Charlene Amoia, who plays “Jill” in the film, was on hand to talk more about the film and the struggles that come with this debilitating addiction. The former “How I Met Your Mother” star also gave her opinions on the final season of the CBS hit comedy. “Fat” will screen at TIFF Sept. 7, Sept. 8 and Sept. 13.

May you tell me more about your role Jill in “Fat”?

Charlene Amoia: Sure. You know, the film is centered around a man who is struggling with food addiction and his delusions with life, really. I’m just being a woman who is a friend of his, who is kind of out of his reach, but because of his denial about everything in his life, he doesn’t recognize that this isn’t a relationship he should be trying to have romantically. So, my role is just another one of the things in his life that he’s just not being honest about. Throughout the movie, he starts to recognize where he is and comes more to terms with that.

What was it like being a part of this film?

Charlene Amoia: It was a lot of fun. I shot it with some good friends of mine; the lead actor is Melvin Rodriguez and the guy who wrote and directed it is Mark Phinney who [worked with me] years ago. It was…a great experience to work with old friends. We shot in Boston, where Mark lives. So I got to got to go to Boston and take in the culture a little bit.

Since the film is about a man who is dealing with his food addiction, what do you think the film’s message is about food addiction and obesity in general?

Charlene Amoia: I think the movie is effective at is understanding the difficulties with food addiction and the mentality of someone who’s struggling with it. [The addiction could be] coming from their own unresolved conflicts in their lives and it’s really just a denial how unhealthy it is and not taking what someone eats or the amount of it seriously. It’s really something that’s discussed in the film. It sheds a light on just why we should be more aware of the amount of food we eat. You know, America is growing to be this place where bigger is better with everything, from how we live to the products we use to the portions of food that we eat at every meal. So this film really looks at that–the effects that can have on somebody.

Charlene Amoia: I think that people who are experiencing this face a lot of judgement in their day-to-day lives. Just walking down the street, negative comments can be screamed at them, all sorts of things like that. I think this movie accomplishes a really sympathetic point of view on one man’s life and as far as an audience, I think just having more compassion for people and their addiction. Food addiction is a serious topic and doesn’t get the kind of attention that maybe alcohol does. But the root of it is in a similar area; it’s just addiction in a different form. I think food addiction can be more complicated to combat–with alcohol or drug use, they step into a 12-step program and it’s just removing that substance from their lives day-by-day, permanently. But with food, since it’s all about rations and proportions and choices, it can actually be a more difficult problem to have.

To switch gears to “How I Met Your Mother”–You haven’t been on the show in a while, but you’re still widely recognized as Wendy the Waitress. How does it feel to be known for such a beloved character?

Charlene Amoia: I’m very grateful to have gotten that role and to have been on the show for so long. The recognition I get from the fans I love and it’s very much appreciated. I was just in the grocery store yesterday and somebody stopped me and recognized me from “How I Met Your Mother,” so I’m just really lucky to have gotten that experience. I’m proud to be a part of it.

“How I Met Your Mother” is in its final season and since you’ve been a part of that series, how do you feel about the series nearing its end?

Charlene Amoia: I think that fans are probably pretty happy right now that they know who the mother is. It’s been a long journey. I’m excited for the storylines that they can do with the mom. It’s a great payoff that it’s not just going to happen in the last episode–we get a whole season of really what these past years have led up to. 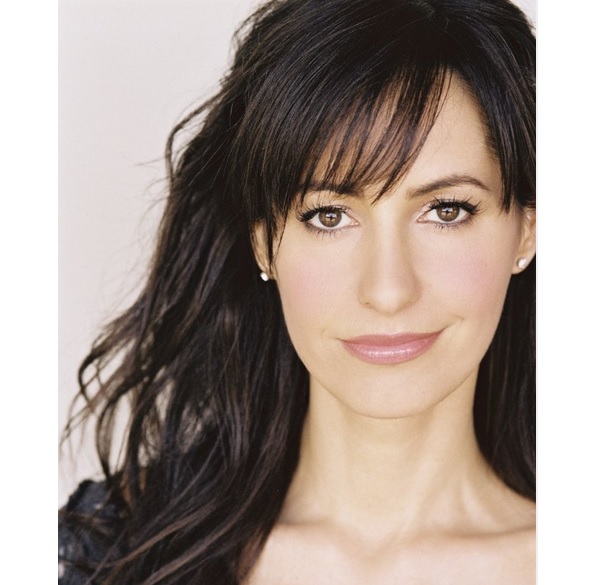