A re-telling of the classic “Snow White” comes a tale of a matador who gets gored during a bullfight and becomes paralyzed. His wife goes into labor and dies in childbirth, the man is so overcome with grief that he refuses to see the baby. An opportunistic nurse takes advantage of his fragile state and gets him to marry her. The baby’s maternal grandmother names the baby Carmencita after her daughter, and they live together for several years until her grandmother’s death.

When Carmencita (Sofía Oria) moves into her father’s home, she is greeted by her stepmother Encarna (Maribel Verdu), shown to her room which is actually a filthy cellar and is forced to do hard manual labor around the house after getting her hair hacked off by the stepmother.  Curiosity aids her discovery of her father as a quadriplegic in a wheelchair being kept alone in a room all day and abused by his wife.  The two finally meet and he confesses his regret never getting to know her as she is the spitting image of his beloved dead wife. They spend several hours a day together, unbeknownst to Encarna. He teaches his daughter how to bullfight and she dances to her mother’s songs for him while the stepmother is having an S&M style affair with her chauffeur.

Carmen (Macarena García) grows up into a beautiful woman, still forced to be a maid in her father’s home. The stepmother has taken to locking her husband away so he can no longer have contact with anyone but her. One day she can take his burden no longer and causes him to have an accident, killing him. Carmencita approaches the house after seeing several black cars and finds her dead father in the parlor, dressed in his matador costume having his photo taken with various guests. She walks to the settee, pulls his slumped body into a sitting position, wraps an arm around her, wipes the tears from her eyes and has her photo taken with her father.

The stepmother orders Carmencita to gather flowers for her father’s grave. Carmen soon realizes this is a ruse and runs for her life in the forest. The chauffeur catches up with her, thinks he succeeds in drowning her in the river and leaves her body in the water.  A troupe of bullfighting dwarves called “Los Enanitos Toreros”  find her floating face up in the water and take her with them. They name her Blancanieves (Spanish for Snow White) and she surprises them all with her talent for bullfighing, and they welcome her into their show.

This movie was so sad!  Some may think that silent films are dead, but with the success of The Artist, it’s obvious the genre still works. I personally have never seen The Artist because the idea to me felt pretentious, but this film really changed my mind. The acting is really incredible. The audience can actually feel the woeful longing the proportionate dwarf Rafita (Sergio Dorado) has for Carmen. One of the featurettes show a live orchestra playing during the film, and we see the audience’s reaction.  They get to experience the film as it would’ve been seen back in the 1890’s until the 1920’s and that would’ve been amazing. I’m not really a fan of Spanish music, but once in a while they grab my attention. The vocals by Sílvia Pérez Cruz was so beautiful.

I know of a few people who are anti-black and white films. People who refuse to see any films earlier than the 1970s and to those people I can only say to give it a chance. It may actually surprise you. 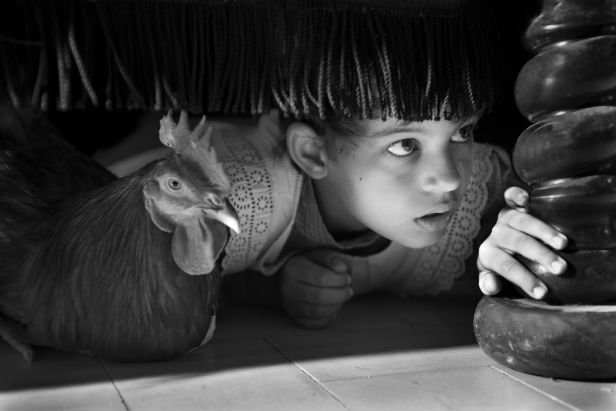