Title: TV Man: The Search for the Last Independent Dealer

Even the sympathetic listening abilities of a Quaker reared at the knees of his grandparents might be overtaxed by “TV Man: The Search for the Last Independent Dealer,” an amiable documentary that mistakes merely malingering around old people for evocative, homespun nostalgia. An inoffensive but hardly fetching borderline vanity project that follows around director Steve Kosareff as he traces the lineage of mom-and-pop American television retailers while also trying to find someone to fix his beloved 1965 Zenith Jetlite, this film — aimed squarely at an over-60 rural/suburban demographic who could never be bothered to drive to a theater to see it, and wouldn’t know how to ever track it down online — delivers more yawns than laughs, intrigue or identification.

As a teenager, Kosareff sold Christmas cards door-to-door in order to purchase his first TV set — the 12-inch, black-and-white portable mentioned above. For the first time in decades, prompted by a fit of warm-and-fuzzy memory, he plugs it in, only to find it doesn’t work. Determined to grant an extension on life for this prized possession, Kosareff heads off to five independent TV dealers and one distributor.

The film’s rhythms — as edited by Randy Vandegrift, but indelibly stamped with the personality of its multi-hyphenate host — evince a subject not particularly at ease or knowledgeable with the format. In his first movie, TV historian and author Kosareff (“Window to the Future”) fails to establish clean and solid throughlines for his various interviewees. In the larger sense, some details are interesting (many early television set dealers had their first encounters with receivers through tire stores they managed — particularly Firestone and Goodyear), but “TV Man” doesn’t delve into seams like this, and others, in a way that enriches his main quest.

If the film is partially, subtextually a lamentation for a United States that’s slipped away, at least Kosareff is a fairly happy warrior, playing the role of shrugging, clucking host rather than firebrand ideologue. Still, more skilled documentarians — Ross McElwee comes to mind, for one — can deftly interweave stories of familial loss, genealogy and social confusion with macro-historical tales, and to mesmerizing affect. Kosareff lacks that level of skill, and as such his picture remains fuzzy and out of focus. 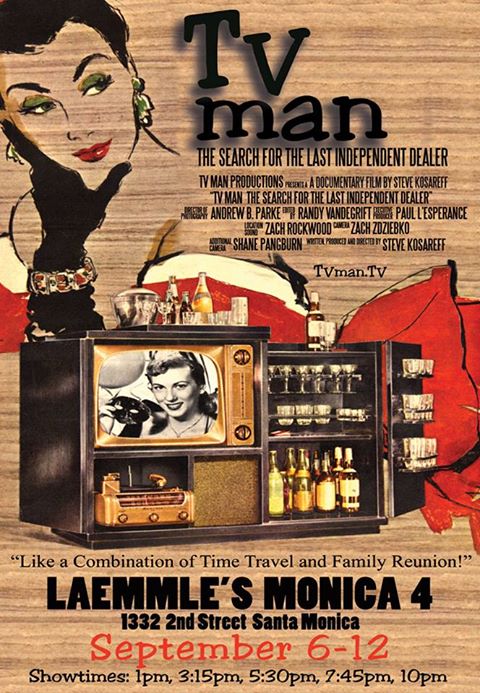