A deeply invested performance in service of an acutely flawed screenplay most characterizes “A Teacher,” a Sundance-minted tale of an illicit affair, between a lonely high school instructor and one of her students, that eventually unwinds into a tangle of chaotic consequences. The feature film debut of writer-director Hannah Fidell, this artfully posed but willfully removed snapshot of emotional foundering feels like an exercise in lazy minimalism.

Unfolding in small town Texas, “A Teacher” follows Diana Watts (Lindsay Burdge), a teacher who gloms onto one of her teenage charges. There’s a hint of familial tension surrounding her mother in a brief get-together with her brother, but the movie is mostly about the exercising of Diana’s poor judgment with Eric Tull (Will Brittain), and the psychological duress that ensues when he attempts to break things off.

Fidell, folding in a score from first-time composer Brian McOmber that in its low buzz communicates a haze of both emotional discontent and discombobulation, delivers a movie that is more or less accurate and realistic in a lot of ways. “A Teacher” isn’t about plotting, but it captures both the “Hey, it’s me” phase of a relationship, where there’s a certain level of familiarity if not commitment, and then later how that slides into something more woozy and imbalanced, as when during a getaway to a reclusive ranch property Diana says “I could stay out here forever,” and a clearly unnerved Eric replies offhandedly, “You’re crazy.”

“A Teacher” is even artful, in a representational sense. Its sex scenes are charged, without being salacious. And Fidell knows how to stage things in a way that flirts with the notion that “A Teacher” is going to turn into something more interesting. The problem is that the film’s script is so very interior that it forces viewers’ attention inwards, in a subjective fashion, and onto a character that is not particularly fleshed out or knowable, and is in fact in many ways just a cipher or symbol.

Burdge and Brittain have a nice chemistry, but it’s the former whose aggrieved instability gives “A Teacher” its sense of pull. That’s not enough, though. Even given its brevity, Fidell’s movie readily gives off vapors of phoniness — of not avoiding conclusivity in the name of ambiguity, but of merely not having a strong sense of purpose or mission statement. This “Teacher” is often pretty to look at, but is lacking in the lessons it can impart. 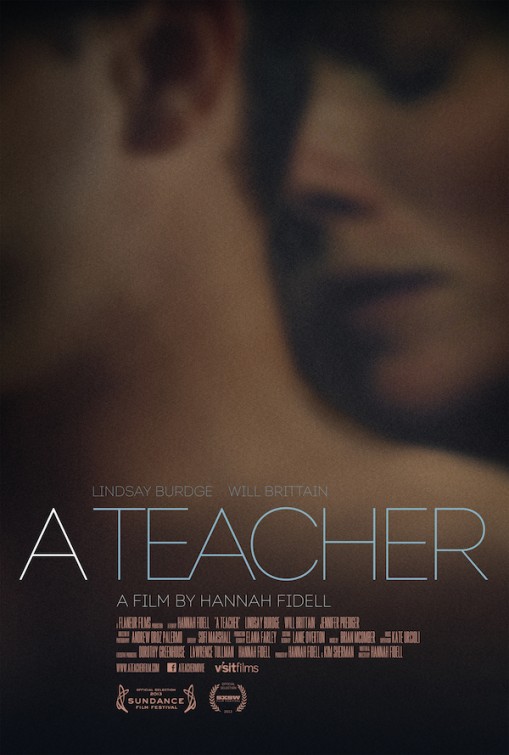