Title: And While We Were Here

Imagine a boring, gender-swapped and totally arty and pretentious version of the travelogue-mini-film-within-a-film that focuses on Kip Pardue’s character from “The Rules of Attraction,” except strung out on Benadryl instead of methamphetamine, and one has an idea about writer-director Kat Coiro’s “And While We Were Here,” starring Kate Bosworth as a married woman who finds herself at a personal and professional crossroads while traveling with her husband in Italy. A film of precious construction but precious little insight, this drama of young adult crisis mistakes mere mundanity for a stirring creative statement.

Jane (Bosworth), an American freelance writer, accompanies her British husband Leonard (Iddo Goldberg), a viola player, on a business trip to the island of Ischia, off the Amalfi Coast. She’s working on a vaguely defined book idea informed by tape-recorded conversations about World War II with her now-deceased grandmother (narrated by Claire Bloom) when she stumbles across 19-year-old Caleb (Jamie Blackley) while sightseeing one afternoon. A cautious dance of (mostly unrequited) flirtation ensues, but after introducing Caleb to her husband Jane tumbles into an affair with him.

Bosworth previously collaborated with Coiro on “L!fe Happens,” a lively, Los Angeles-set comedy. That this film is almost 180 degrees tonally removed from that work is totally fine, but “And While We Were Here” lacks any sort of specificity that would make it stand out or give it a palpable emotional connection. Coiro was inspired to write the script by a series of audio tapes she made with her own late grandmother, but if Jane is to be her stand-in she gives Bosworth only a series of clichéd poses to play. The actress — presently on something of an indie film jag, between “Big Sur,” this and Katie Aselton’s “Black Rock” — commits admirably to the material, but it’s neo-realism lite, nothing more.

The film doesn’t have any of the sort of balanced heartbreak and uplift of something like the thematically similar “Hello I Must Be Going,” forget that movie’s shrewd observation. Coiro oversees a fairly polished technical package, but the film’s picturesque locations and gauzy sentimentality seem like an ill-suited match for the sort of inner turmoil that we’re supposed to believe is ailing Jane. “And While We Were Here” wants to plumb the diseased silences that plague romantic relationships, but by the time Jane and Leonard finally have it out (halfheartedly, at that), it’s been long evident that this putative snapshot of the aches found in interstices is just another case of the emperor’s new clothes, lacking in real characters or foundational perceptiveness.

NOTE: In addition to its theatrical engagements, “And While We Were Here” is also presently available across VOD platforms. 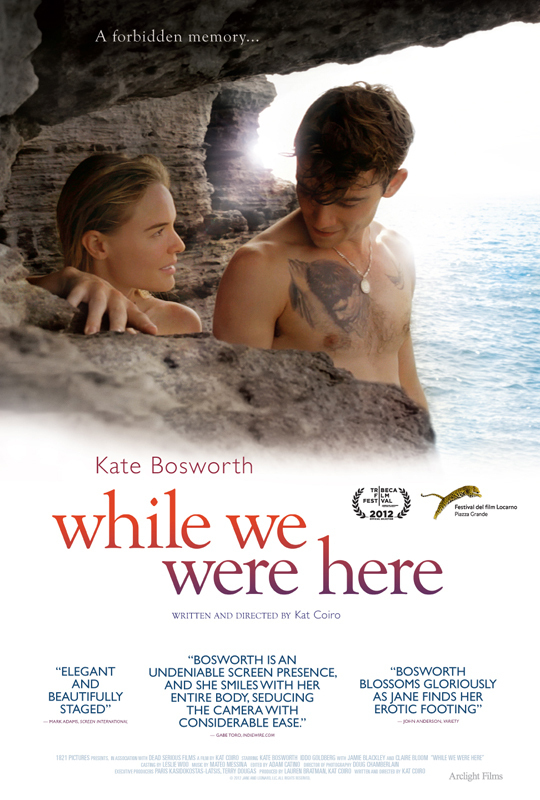