Christopher Frontiero brings the humor to “Bloodline” a horror/thriller written, directed and starring Matt Thompson. The film, which is the first theatrically-released feature for Osiris Entertainment, will have its premiere in Thompson’s hometown of Sacramento, CA. ShockYa was happy to speak with Frontiero before the event to hear what he had to say about shooting in Sacramento, support for the arts and running from evil forces.

“Bloodline” will be in Regal Cinemas in Sacramento Sept. 27.

Could you tell me more about your character Davy?

Christopher Frontiero: Sure…Davy is the chubby comic relief in the movie who’s more of a fish out of water. He’s more of a city guy–he left the west coast, went to New York, and became a city guy. They always say “Live in LA, [but] don’t live there so long that you become too soft; live in New York, but don’t live there long enough until you become too hard.” I think Davy could live in New York forever and he’ll always be soft. He wants his electronic devices, he wants his computer, he wants his cable TV, he wants is iPod and iPhone. He’s just a guy who does not feel comfortable in the woods at all…He’s also a constant complainer, so if something’s not sitting right for him, he’ll be the first one to start complaining about it. I’d say that’s probably him in a nutshell.

What drew you to this film?

Christopher Frontiero: Well, I would say that the first thing is that it’s shot on location. Everything that I’ve done–minus a couple of TV shows that were shot on location but around Los Angeles–this is the first movie in which I had the opportunity to go away on location, to be put up in a hotel for a month. I’ve never spent any time in Sacramento or Lake Tahoe, so I got to spend some time in Sacramento and when I had two days off, I went to Tahoe and Pollock Pines was this lovely, small…Appalachian town between Sacramento and Tahoe. That’s really what drew me to it–the opportunity to get out of LA for a month and shoot something on location. It’s something I’ve always wanted to do. As my career progresses, it’s something I hope to do more and more because it’s an incredible opportunity, a lot like summer camp. And I’ve always loved horror movies, ever since I was a little kid, so any opportunity to do something like that, I’d jump on.

When I was talking to Matt Thompson about shooting in Sacramento, his hometown, he said it was like he was bringing something back to the city. What do you think about that aspect of the film–that it’s contributing to the arts scene in Sacramento?

Christopher Frontiero: I think its very important. I think every…city really needs to nourish its arts community. I grew up in a small town in Massachusetts, and one thing that that town has been able to preserve over the years is that it’s got a very strong arts community. I love that that was so important to Matt and I suspect that it’s going to be important to Matt for the rest of his career. I had the opportunity to meet a lot of people in the Sacramento film community and they were great people. They were excellent people. They are really hard-working people, not a lot of ego there and I really appreciate that. It’s not that far from Hollywood, but it doesn’t have any of the ego that Hollywood seems to have. I would be thrilled to go back up and shoot anything in Sacramento.

I really had a great experience there. It’s funny–I hope in my career that I’d have the opportunity to do the same in my hometown what Matt was able to do in Sacramento. I have a friend who I went to theater school with, and now he lives in Harlem. He and his wife run a theater company called The People’s Theater Project. It’s a non-profit and all that they do is bring theater to schools that have had to cut the arts programs because they didn’t have enough money. They bring arts programs to different schools…Having people willing to devote time to their community is very, very important.

Christopher Frontiero: It was great. [Grainger Hines, Kimberly Alexander, Jesse Kristofferson and Gina Comparetto]–we all were cast out of Los Angeles. The fact that we were from LA–and we were pretty much the only ones from LA; the crew were all based out of Sacramento–the five of us got along right off the bat. In fact, we’re still all very, very close. The five of us will go out to dinner, Jessie and I will text each other back and forth throughout the week. We’re all still very, very good friends. It was really great. I think a lot of times when you shoot something, you’re friends for the time you’re shooting and you don’t see them again until you’re cast in the same project. Luckily, we’re still all very close friends.

What do you think this movie adds to the horror/thriller genre?

I think what it really brings to the genre is that this movie was not shot on a big budget and of course Matt Thompson wrote it, directed it and starred in it. I think it’s a testament to what you can do when you have good people around you and we certainly did. Matt was able to assemble a good group of actors and a really, really good crew. A really top-notch crew. I think this movie looks gorgeous. I think it looks like it was shot for 10 times what the actual budget was. I think what this brings to the genre is that if you have an idea and you surround yourself with good people, you can get it done. You can get it made.

Christopher Frontiero: Wow, well, I’d be flattered. Frankly, I’d like my bloodline to be pursued by anything, so that would be great. What would I do? I’d be screwed! I’m an actor–I have no real skills. I have to tell you–it’s like the zombie apocalypse question…I’d be the first one dead! I’m fat, I’m slow, and zombies don’t care if you’re funny. Demons don’t care if you’re funny. So what would I do? I’d be the first one to die. 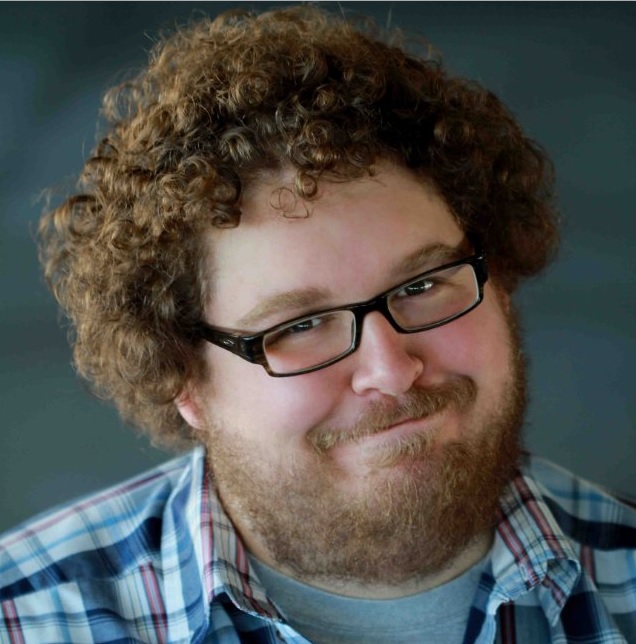