Joseph Gordon-Levitt’s highly stylized and well-executed directorial choices make “Don Jon” a raunchy romp, but then he throws in just enough of that good old JGL charm to give it some heart.

After putting a handful of short films on his resume, Gordon-Levitt made the move to features and, turns out, he was ready. “Don Jon” is out there to say the least and could easily have been an unfunny, pointless disaster, but Gordon-Levitt formulates the ideal unique style that well supports the comedy and surprisingly moving character journey.

Jon is the ultimate womanizer. He’s overconfident, immature, takes way too much pleasure in rating woman on a scale of one to ten and then taking the top contender home with him. You should hate Jon. But Jon is played by Gordon-Levitt and Gordon-Levitt has this incredible ability to infuse the character with enough innocence that you’re tempted to let the bad behavior slide just enough to care. This is the only way for the “Don Jon” narrative to work and Gordon-Levitt nails it.

The character is something of a man-child. He lives on his own and seems to take care of himself, but there’s no talk of a proper job. However, it turns out, that doesn’t make Jon any less likable, rather it gives the viewer an in. Jon is very clearly a full-grown man, but it’s almost as if his internal maturing process hit a snag. When you’re watching a grown man fawn over his body, pad, ride, etc., it’s deplorable. However, when you’re watching someone on the younger side who’s somewhat independent, but also stinted by a childish form of selfishness, you don’t hate him, rather you pity him, and because you don’t hate but pity Jon, you want to see him get past this issue and that proves to be a prime balancing factor for the film’s highly stylized format and tone.

The large majority of the film moves at a rip-roaring pace with quick cuts and well-timed edits to maximize each joke’s potential. It’s a bold move on Gordon-Levitt’s part, but it’s necessary because the large majority of “Don Jon” consists of caricatures that require the humor boost.

Johansson’s Barbara is like a “Jersey Shore” transplant with a personality disorder. One minute she’s kind, caring, and the girl of Jon’s dreams, but the next, she’s demanding, unforgiving, and a borderline lunatic. The transition is harsh, jarring, and essentially makes the character one big joke. However, it’s Barbara’s effect on Jon that’s vital to the character’s success and in that respect, Johansson gets the job done. Tony Danza, Glenne Headly, and Brie Larson earn some laughs as Jon’s family, but the shtick eventually sputters out, making their primary contribution building Jon’s backstory and giving his current predicament a stronger framework.

Then we’ve got Julianne Moore’s Esther, an older woman Jon meets during a class. As far as script structure goes, Esther is an absolute mess. She’s so erratic and underdeveloped that she’s impossible to track, but her effect on Jon is so positive and unique that she ultimately becomes a delightful addition. 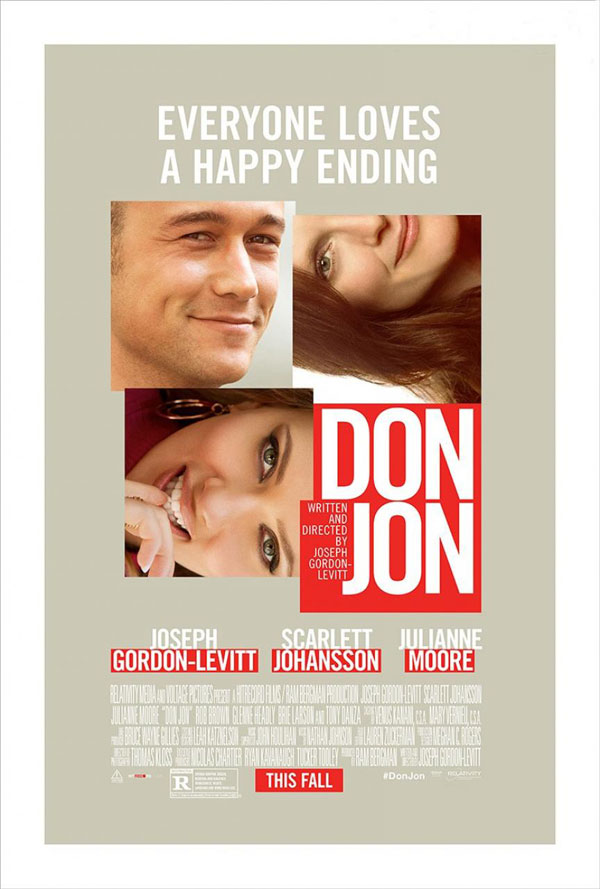