“Machete Kills” will soon be theaters, and if you’re a superfan and want to talk directly to Machete himself, you need to prepare for the upcoming Reddit “Ask Me Anything” event featuring Danny Trejo and director Robert Rodriguez. Ask your burning questions at this link this Wednesday, Oct. 2 at 3pm PST/6pm EST.

Also, to celebrate the upcoming film, a new poster featuring Amber Heard’s character, Ms. San Antonio, is below the post. Check it out and write what you think about it in the comments section below!

“‘Machete Kills’ is an action-packed thrill ride about the adventures of legendary secret agent Machete Cortez (Danny Trejo). In his latest mission, Machete is recruited by the U.S. President (Carlos Estevez) to stop a crazed global terrorist (Mel Gibson) from starting a nuclear war. With a bounty on his head, Machete faces death at every turn from an all-star cast of deadly assassins. Breaking all the rules, visionary director Robert Rodriguez leads this star-studded ensemble on one of the wildest adventures to save the world ever captured on film!”

“Machete Kills” will be in theaters Oct. 11. 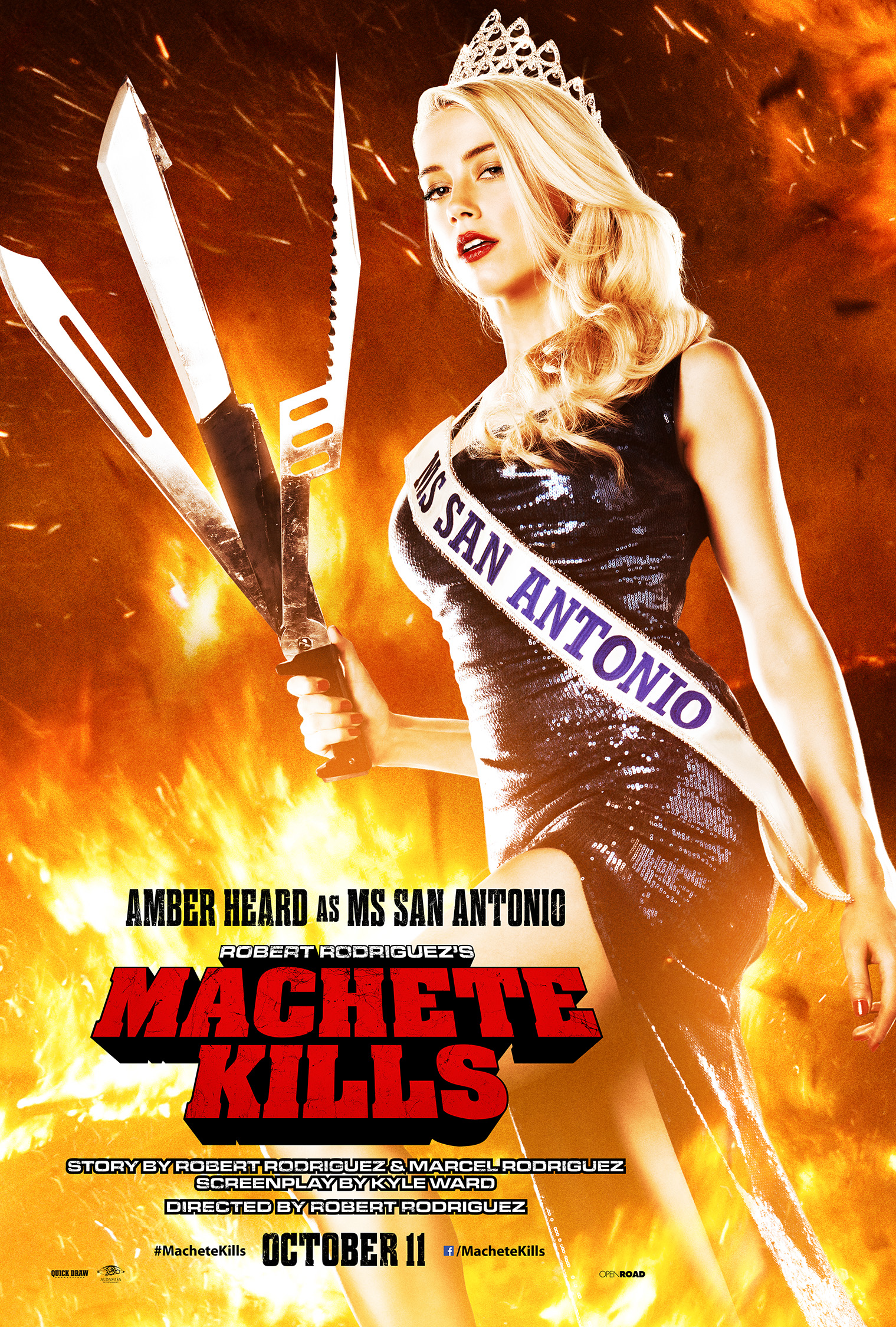