Finding a way to intriguingly stand out from the crowd, and capturing a unique voice among your peers who are telling stereotypically similar stories, can be a difficult process for some. Filmmaker Jonathan Levine, who has gained attention for helming such movies as ’50/50,’ ‘Warm Bodies’ and ‘The Wackness’ in his later career, is finally releasing his feature film directorial debut, 2006’s horror mystery thriller, ‘All the Boys Love Mandy Lane.’ Not only does the title character of the film struggle to prove she’s not as superficial as her classmates are and truly values herself, the filmmaker captured some of his intention of telling a character-driven, instead of entirely violence-based, horror thriller. Despite the long struggle The Weinstein Company had in securing a distribution deal for the film, which garnered a cult following its festival run seven years ago, the film’s long-awaited release proves that sticking to your beliefs can bring about the results you desire.

‘All the Boys Love Mandy Lane’ follows the title character (Amber Heard) as she raises appreciation from her classmates after reinventing herself one summer. From practicing sports on the school’s football team to swimming at one of the popular jock’s pool parties, Mandy draws attention from all the boys hoping to sleep with her. Mandy’s commitment to not falling to their tricks, and arousing speculation over who she’ll finally have sex with, is further debated as she remains committed to her best friend, Emmet (Michael Welch). But after a tragic accident where Emmet inadvertently caused the death of one of their classmates, Mandy quickly throws herself into a new group of friends.

Nine months later, Mandy joins five of her new friends, including blonde tease, Chloe (Whitley Able); attention-seeker Marlin (Melissa Price); jock Bird (Edwin Hodge); and the arrogant Jake (Luke Grimes); on the ranch owned by Red’s (Aaron Himelstein) family. While the weekend starts off with the teens partying, their care-free existence is soon shattered by a conniving, determined stalker who’s desperate to brutally bring each down, one-by-one. At the top of the suspect list is the mysterious, attractive ranch hand, Garth (Anson Mount), who tries to keep his distance from the group in his nearby cabin. But as the weekend comes to a horrifying end, the question of whether Garth is really the killer arises as he tries to help Mandy and her friends escape the ranch.

Heard, who has since made a name for herself in the horror and thriller genres after shooting ‘All the Boys Love Mandy Lane,’ in such films as ‘Zombieland,’ ‘The Stepfather’ and ‘The Ward,’ was intriguingly cast in the seductive title role. In one of her first leading film roles, the actress perfectly balanced the innocent, naive facade Mandy so expertly presented to her family and peers, along with the deceptive motivations she has in not truly romantically committing to just one person. While initially drawing the attention of her male friends and classmates for her attractive looks, Heard nonchalantly holds back the varying emotions her character has towards everyone and everything around her, including the continuous praise she receives, the abrupt ending of her friendship with Emmet and her unexplainable curiosity about Garth.

Even with the escalating violence and mayhem that unfolds on the ranch as the weekend unfolds, the actress distinctively separates her performance from her co-stars’ at times predictable fear of dying. Heard differentiates her performance as she infuses Mandy with ambition and strength to not only survive, but also put an end to the violent killing spree that intriguingly was the only thing that meaningfully brought them together. The strong-willed, multi-demenonsial portrayal the actress gave of the superficially flighty protagonist, particularly when pitting her male friends and classmates against each other as they vied for her attention, showcased how cunning and perceptive Heard is of her character’s motives.

While Heard distinctively showcased her emotional range in playing a calculating, manipulative damsel in distress, who often credited the losses of those closest to her for her introverted personality, the horror thriller’s story unfortunately failed to live up to the success of Levine’s later films. The feature film directorial debut of the ‘Warm Bodies‘ helmer disappointingly featured a predictable antagonist with an entirely foreseeable motivation in carrying out his gruesome crimes on Red’s ranch. Instead of exposing the killer early on in the film and explaining their motives while the friends run for their lives, or featuring a stunning proclamation at the end of the film that announced the killer’s identity, the reveal is unfulfillingly premature during the continuous action. While the murderer’s identity and motives are unsurprising predictable, the unexplained justification of how they pulled off the crimes leaves an emotional void and lack of sympathy towards their irrational and overwrought push towards their complete breakdown.

Despite the fairly predictable nature of the killer’s identity and motivations that screenwriter Jacob Forman infused into the horror thriller’s script, the movie’s cinematographer, Garrett Genet, captivatingly captured stunning visuals throughout the at-times tense plot. Appealing influenced by grindhouse horror films of the 1970s, he stunningly focused on the surprised and horrified reactions Mandy and her friends perfected as they spent more time on the ranch, and discovered the horrifying actions of their tormenter. While the beginning of the film is presented a flashy, fast-paced series of shots that effortlessly showcase Mandy and her friends’ carefree lives, Genet interestingly infused the latter part of the thriller with grey and monotone colors and longer shots. The cinematographer cleverly emphasized Mandy and her friends’ growing fear of, and desperation to save themselves from, their malicious killer.

‘All the Boys Love Mandy Lane’ both memorably and disappointingly lives up to the hype, anticipation and cult status it has accrued in the seven years since The Weinstein Company acquired its distribution rights, following its notable film festival run. Heard was intriguingly cast as the title character, as she perfectly balanced the innocent, naive facade Mandy so expertly presented to those around her, with the deceptive motivations she has in not truly connecting with those around her. Genet commendably helped showcase Mandy and her friends’ wide range of emotions, from the carefree, partying lives they lead, which quickly grows into fear as they struggle to survive, with the unique shots he captured of the actors. Despite the surprisingly chilling performance Heard offers as the title character, and the cinematographer’s distinctive style, Levine’s directorial debut unfortunately failed to offer a balanced story and a thorough explanation of the characters’ actions. 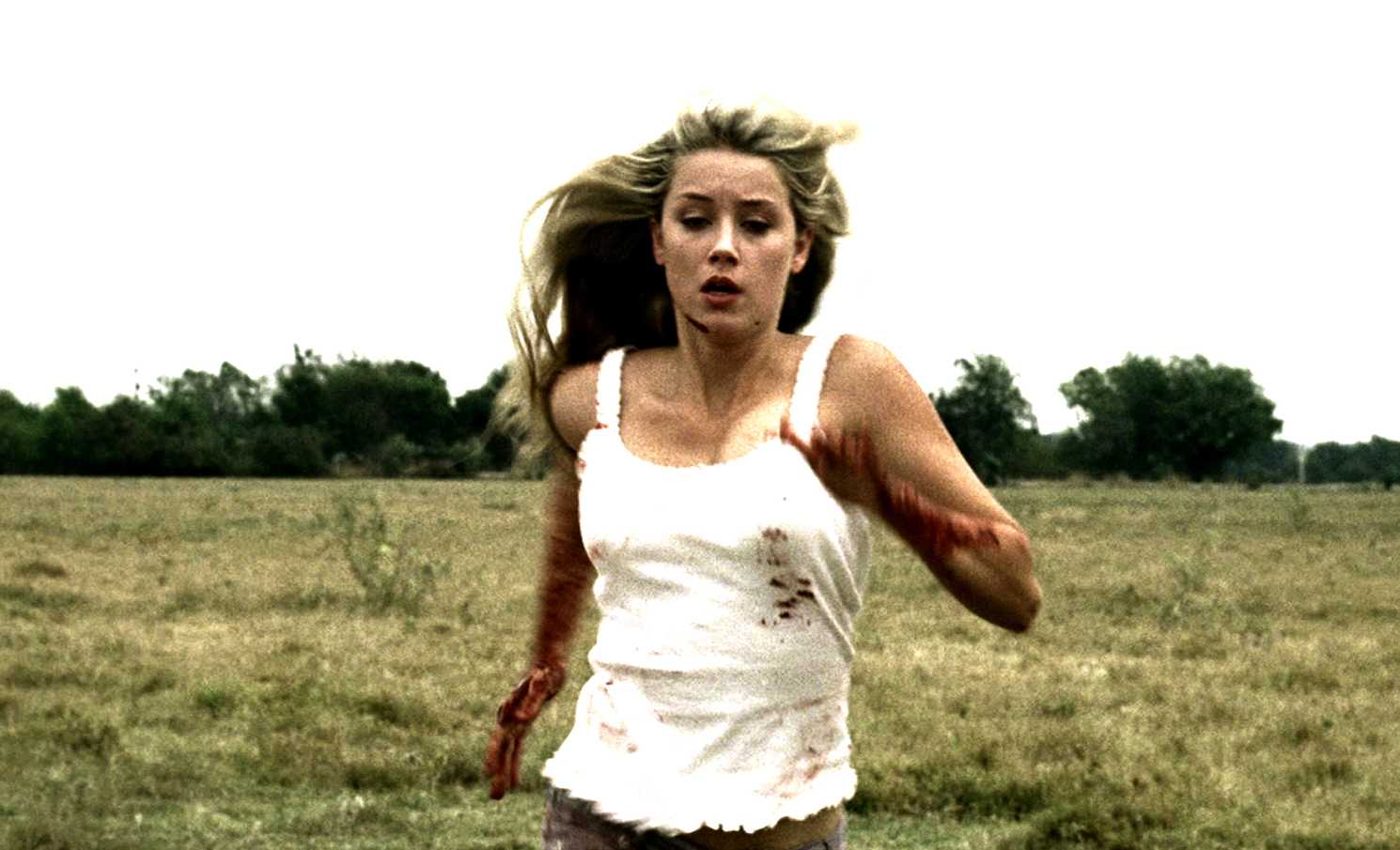 Cancel reply
Interview: Paul Giamatti and Phil Morrison Talk All Is Bright
Clips From The Inevitable Defeat of Mister & Pete Highlight the Talents of Skylan Brooks and Ethan Dizon
To Top