“Only God Forgives,” directed by Nicolas Winding Refn, is set to make its explosive DVD and Blu-Ray Oct. 22. One of the stars of the film, Vithaya Pansringarm, plays a hardcore cop who has made it his mission to take on the underworld of Bangkok. ShockYa’s got an exclusive clip from the film featuring Pansringarm discussing his role below the post. Check it out and write your comments below in the comments section!

“Only God Forgives” stars Ryan Gosling as a man who must do the bidding of his mother to exact vengeance for his deceased brother.

“Only God Forgives reunites the vision of renowned director Nicolas Winding Refn (DRIVE) with Ryan Gosling in a gritty thriller set in the seedy underbelly of Bangkok. Julian (Ryan Gosling), an American fugitive from justice, runs a Thai boxing club as a front for his drug business. His mother (Kristin Scott Thomas), the head of a vast criminal organization, arrives from the US to collect the body of her favorite son, Billy. Julian’s brother has just been killed after having savagely murdered a young prostitute. Crazy with rage and thirsty for vengeance she demands the heads of the murderers from Julian. But first, Julian must confront Chang (Vithaya Pansringarm), a mysterious policeman—and figurehead of a divine justice—who has resolved to scourge the corrupt underworld of brothels and fight clubs.” 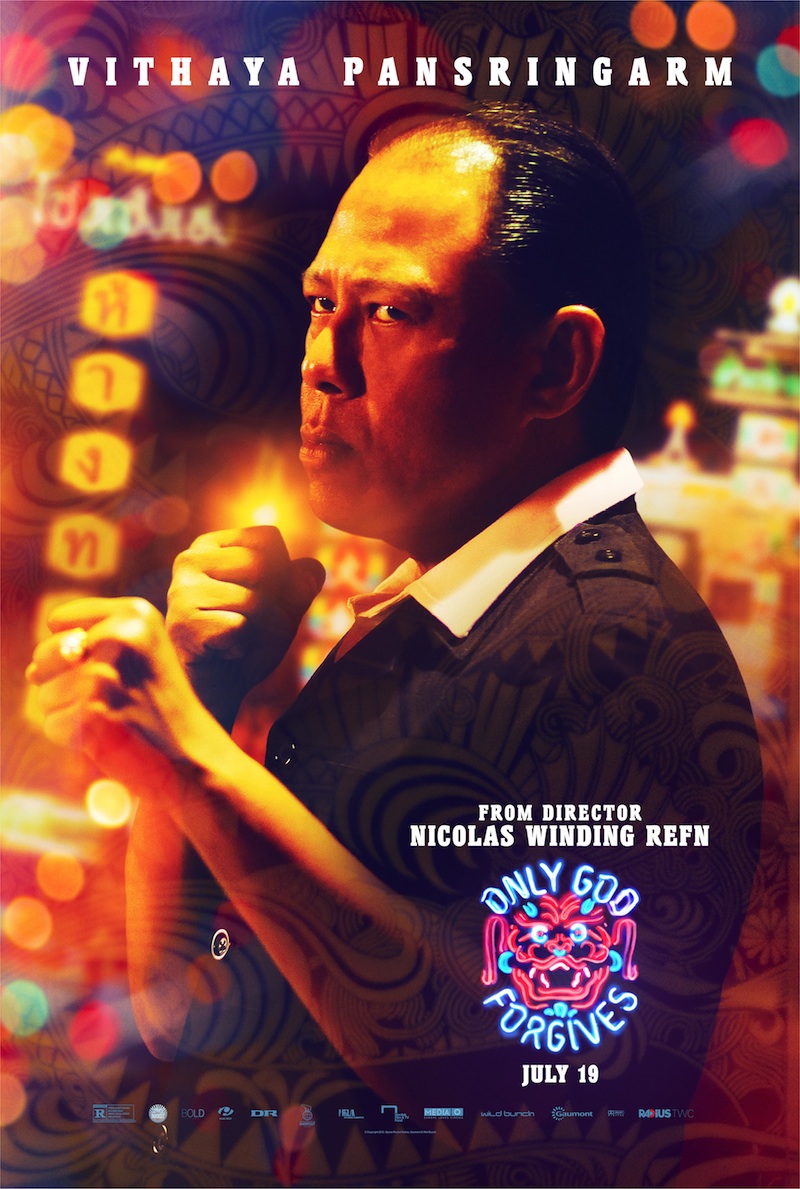