Lauren Cohan gives “The Walking Dead” fans the dish about how Maggie stays looking so good even though the world is crumbling around her. She also talks about the latest fad in the Apocalypse–“Grease Chic.” It’s a type of look you can only cultivate when you’re fighting for your life, killing zombies and hiding from death. Check out the video below the post.

“The Walking Dead” recently began its fourth season and is off to a roaring, bloody, scary start. The show, based on the popular comic book, stars Andrew Lincoln as Rick Grimes, a sheriff’s deputy who woke up in a hospital, only to find the world overrun with zombies. This season has a new showrunner, Scott Gimple, who said to Entertainment Weekly to expect a “Greatest Hits” approach to the storyline. He also teased a more character-centric approach. Seeing his track record with previous episodes, including the episode in which Sophia finally rose from the barn, fans should be in for a jam-packed season. 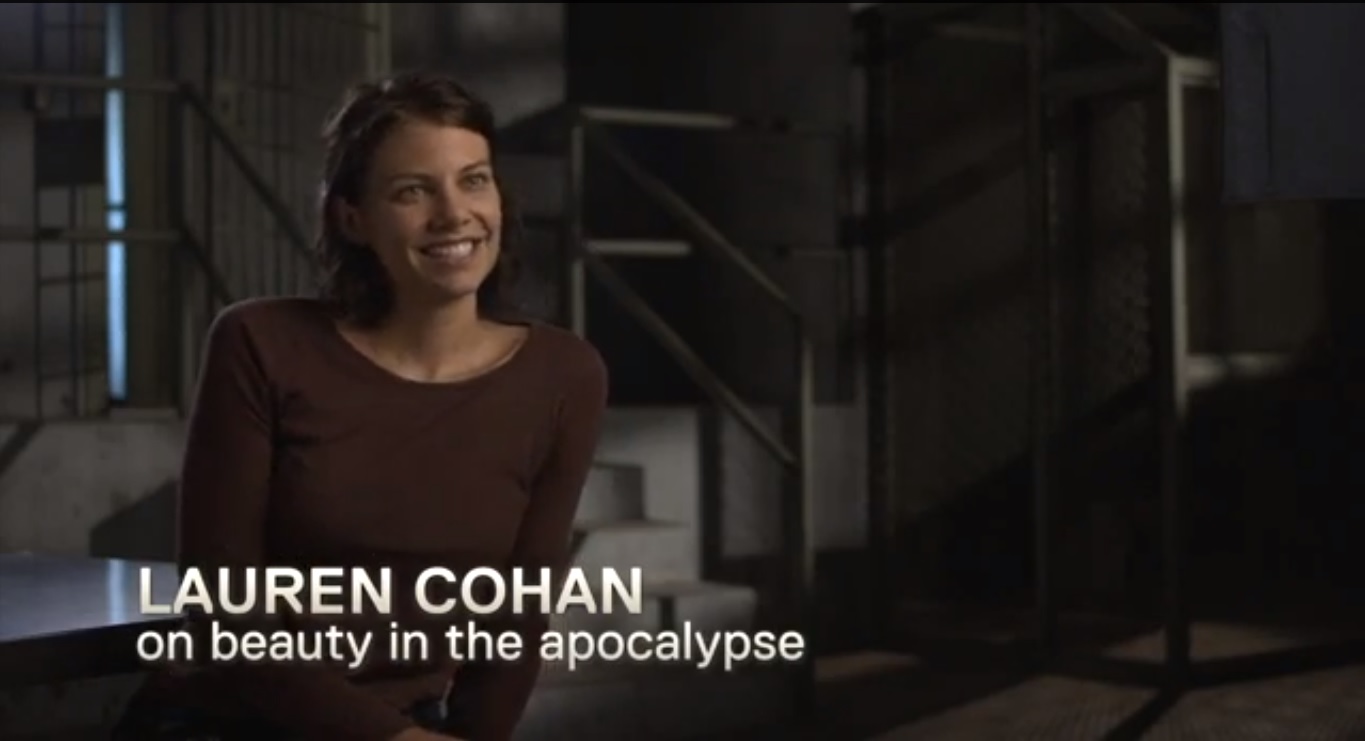