Perhaps studios are looking to get all their ducks in a row before the holiday season because there’s a particularly large amount of big projects making big moves this week.

Apparently Avi Lerner hit the jackpot and managed to lock Meryl Streep, Cameron Diaz and Milla Jovovich for “ExpendaBelles.” Meanwhile, Universal and Focus Features pushed past the Charlie Hunnam debacle by recruiting Jamie Dornan to take on the role of Christian Grey in “Fifty Shades of Grey.” Clive Barker also came out with some big news for Pinhead fans; he’s developing a reboot for Dimension Films and it’ll bring back Doug Bradley to play the head honcho of the Cenobites.

Looking for more details on those stories, the “Beetlejuice” sequel, the status of “Mortal Instruments: City of Ashes,” and more? It’s all right here in your weekly Movie News Cheat Sheet.

1. Streep, Diaz & Jovovich for “ExpendaBelles?:” We’ve known about Millennium Films’ plan to make a female-led “Expendables” movie for about a year, but now apparently it’s time for the project to take some major leaps forward because producer Avi Lerner told the Bulgarian outlet Standart that “ExpendaBelles” will star Meryl Streep, Cameron Diaz and Milla Jovovich. The outlet goes as far to say that the actresses are “set to arrive to shoot” in the “near future.” Lerner also noted, “Two excellent screenwriters are already working on the picture. Now we are in search of a female director.” The story will take place in Brunei where the “fiery ladies” will go head-to-head with a “villain in the richest country of the world.” It was obvious Lerner would go big with “ExpendaBelles” after assembling the ultimate brigade of male action stars for the “Expendables” trilogy, but Streep, Diaz and Jovovich? If he really did lock those leading ladies, odds are, he’ll have no trouble rounding out the cast with equally notable talent and perhaps wind up with an ensemble packing the star power to rival Sly and co.

2. Travis Fimmel to Lead “Warcraft:” According to Variety, director Duncan Jones and the team behind the adaptation of “Warcraft” have found their main man. The outlet is reporting that they have chosen Travis Fimmel of the History Channel show “Vikings” to star. Apparently Fimmel has yet to sign on the dotted line, but Variety insists, “Sources say he is their guy for one of the four leads in the film.” Colin Farell has received an offer, but Legendary Entertainment hasn’t made much progress in striking a deal. Paula Patton is in talks to co-star as well, but she’s yet to commit either. More casting news and hopefully confirmations will likely surface soon, as “Warcraft” is aiming for an early 2014 start date and a December 18, 2015 release.

3. “Hellraiser” Reboot in the Works: Well, this was just bound to happen. The horror reboot craze continues with Clive Barker’s 1987 release, “Hellraiser.” It isn’t easy justifying a remake of a classic, but in the case of “Hellraiser,” there’s some major potential because Barker himself is leading the effort. In fact, Barker announced the project himself on his Facebook page. He wrote, “A few weeks ago I had a very productive meeting with Bob Weinstein of Dimension Pictures, in the course of which I pitched a remake of the first HELLRAISER film. The idea of my coming back to the original film and telling the story with a fresh intensity-honoring the structure and the designs from the first incarnation but hopefully creating an even darker and richer film-was attractive to Dimension.” Based on that, it sounds like Barker is moving in the right direction, but further solidifying that this could be a worthy reboot, Barker also revealed, “I told the Dimension team that in my opinion there could never be a Pinhead without Doug Bradley, and much to my delight Bob Weinstein agreed.” The paperwork still needs to be signed before Barker begins penning a script based on his pitch, so it’ll be quite some time before additional details surface, but Barker professed that he will function as our “Infernal Correspondent” throughout the process.

4. Jamie Dornan Takes Over for Charlie Hunnam in “Fifty Shades of Grey:” After the “Fifty Shades of Grey” meltdown sparked by Charlie Hunnam’s abrupt exit, Universal and Focus Features have swooped in fast to patch up the problem by recruiting Jamie Dornan to assume his role. As reported by Variety, the “Once Upon a Time” star will step in as Christian Grey, the über wealthy young businessman who enjoys indulging in a naughty hobby. While shopping for a new Christian, Universal and Focus also picked up a brother. Luke Grimes who recently appeared on “True Blood” as Jessica’s incarceration buddy James snagged the role of Elliott Grey, Christian’s big bro with a thing for Anastasia Steele’s (Dakota Johnson) best friend, Kate Kavanagh, a role that has yet to be cast.

5. Tom Hardy to Play Elton John: Rocket Pictures announced that they have recruited Tom Hardy to portray Elton John in their biopic, “Rocketman.” The company describes the film as “a larger-than-life movie musical spectacle that tells the story of a child prodigy turned music legend.” Elton John himself will re-record a selection of songs to match particular emotional beats in the film. Director Michael Gracey is set to get behind the lens for a fall 2014 start. Focus Feature has also joined the project, coming aboard to handle the film’s US distribution.

6. “Mortal Instruments” Sequel is Happening: Even though “The Mortal Instruments: City of Bones” only took in $80 million worldwide on a $60 million production budget and an estimated $60 million in promotional costs, Constantin is moving forward with the sequel, “City of Ashes.” The company had actually already begun production on “City of Ashes” when the “City of Bones” box office performance raised enough concern to stop the project. However, according to THR, Constantin has opted to get things started up again because apparently the fan response to the first film was overwhelmingly positive. Martin Moszkowicz of Constantin proclaimed, “The fan response, from the blogosphere and the thousands of mails we have received, has encouraged us to keep going,” However, he also noted, “We are analyzing what we did wrong with the first film – particularly with the positioning and marketing – and what changes we have to make.” It looks like we will get to see Sigourney Weaver in action as the Inquisitor after all.

7. Stephen Lang Locked for All Three “Avatar” Films: Twentieth Century Fox just announced that Stephen Lang will reprise the role of Colonel Miles Quaritch in all three “Avatar” sequels. Addressing Quaritch’s condition at the end of the first film, director James Cameron noted, “I’m not going to say exactly HOW we’re bringing him back, but it’s a science fiction story, after all. His character will evolve into really unexpected places across the arc of our new three-film saga. I really look forward to working with such a gifted actor, who’s also become a good friend.” (via ComingSoon)

8. “Beetlejuice” Sequel is Moving Forward: There’s been talk of a “Beetlejuice” sequel for a couple of years, but now The Wrap is reporting that Warner Bros. took a major step forward by sending an offer to Tim Burton to direct. Burton is currently attached to helm “Miss Peregrine’s Home for Peculiar Children,” so now the question is, which would come first? The Wrap highlights rumors that “Miss Peregrine” won’t be Burton’s next, but according to Deadline, whether Burton takes “Beetlejuice 2” or not, “Miss Peregrine” is at the top of his to do list. Either way, Michael Keaton is expected to return to play the iconic bio-exorcist ghost.

9. Trailers: “Captain America: The First Avenger,” “Anchorman 2: The Legend Continues,” “Neighbors:” The first trailer for “Captain America: The First Avenger” has arrived and even though it’s loaded with familiar faces, charming superhero quips and some vicious combat, for someone who’s unfamiliar with the source material, this promo is a little too light on story detail. Next up is the latest promo for “Anchorman 2: The Legend Continues.” Few of the jokes are laugh-out-loud funny, but the material and tone are in line with what we grew to love in the first film, so perhaps it’ll take on that quotable quality after repeat viewings. “Neighbors” also got a new trailer and it’s a marked improvement. The whole airbag gag is still a misfire, but otherwise, the scenario is really coming together in a way that makes you want to spend time with these outrageous characters to see what their capable of.

10. Box Office: “Bad Grandpa” couldn’t match “Jackass 3D’s” massive $50.4 million debut, but $32 million of its own on a $9,592 per theater average is still a very impressive start. “Gravity” also continues to wow audiences, dropping a mere 32.4% making the move from weekend three to four and putting another $20.3 million in the bank. “Captain Phillips” held on strong as well. It managed to bring its 36.2% weekend one to two decline down to 28.1% and that left it with $11.8 million for its third weekend out. Even with that star-studded cast, “The Counselor” only managed to pull in a mere $8 million on a very disappointing $2,628 per theater average. Fortunately the film only ran a $25 million production tab, so there is a chance it could creep into the green with some help from the international market over the next few weeks. “Cloudy with a Chance of Meatballs 2” held on strong yet again. The film has yet to lose more than 39% of its profits moving from weekend to weekend and in its fifth weekend in theaters, that trend continues. The film dipped just 36.9% for another $6.1 million, which brought its domestic grand total to about $100.6 million. “Cloudy with a Chance of Meatballs 3,” anyone? (via Box Office Mojo) 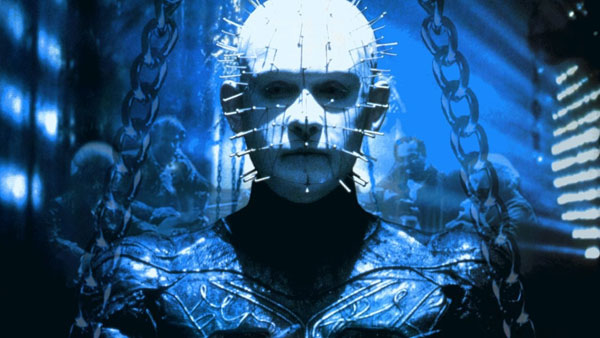