Want a rock ’em, sock ’em film to add to your action collection? “Bounty Killer” will be out on DVD and Blu-ray Oct. 29.
The film is directed by Henry Saine and stars Matthew Marsden, Christian Pitre, Barak Hardley, Eve, Gary Busey, Beverly D’Angelo and Alexa Vega.

The film focuses on a those who hunt the corrupt members of government corporations:

“It’s been 20 years since the corporations took over the world’s governments. Their thirst for power and profits led to the corporate wars, a fierce global battle that laid waste to society as we know it. Born from the ash, the Council of Nine rose as a new law and order for this dark age. To avenge the corporations’ reckless destruction, the Council issues death warrants for all white collar criminals. Their [hunter]– the BOUNTY KILLER. From amateur savage to graceful assassin, the [bounty killers] now compete for body count, fame and a fat stack of cash. They’re ending the plague of corporate greed by exterminating the self serving CEO and providing the survivors of the apocalypse with retribution. These are the new heroes. This is the age of the BOUNTY KILLER.”

If you love this film, you should enter in ShockYa’s Bounty Killer Twitter giveaway! The prize is one DVD signed by the cast. To enter in the competition, here’s what to do. Follow us @Shockya and tweet us the phrase, “@Shockya is giving away Bounty Killer! Follow and tweet to enter!” You can enter every day until Nov. 11. After that, we’ll pick the winner at random and notify them through Twitter. Good luck! 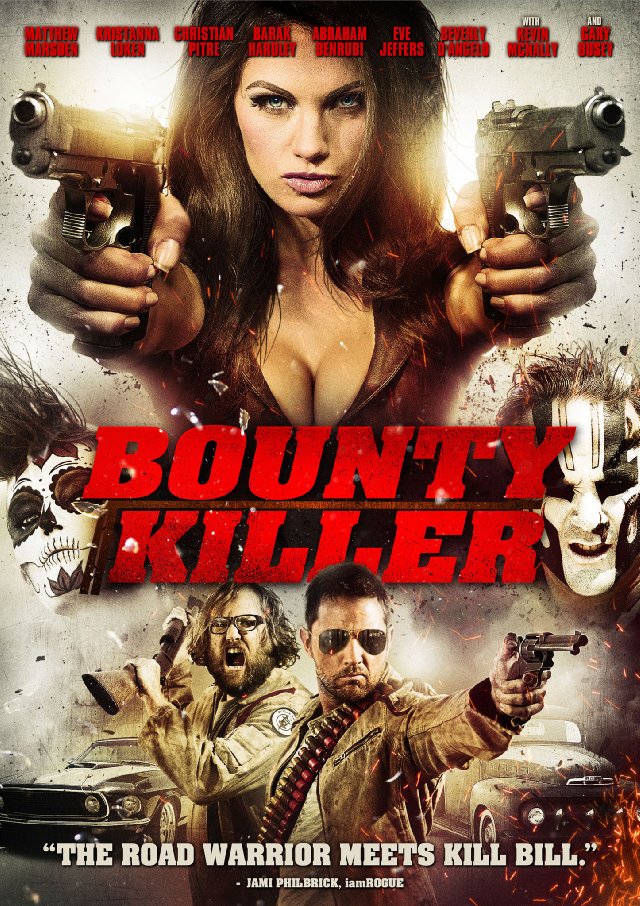 Cancel reply
Captain America: The Winter Soldier Saves the World with New Trailer
Exclusive: White House Down Clip Shows The Inside of The Beast
To Top