Three sisters are hiding out in their childhood home with a bag of stolen heroin where they start to turn on each other. Is it cabin fever or are they being haunted by the ghosts of their dead parents?

The film opens with two people banging. That’s either a plus or a minus, depending on the audience and the script. Then we move on to three women arriving in a dilapidated house, but for some reason is still in pretty good condition after their father murdered their pregnant mother and then himself so many years ago.  Two of the sisters with some awful names Teig (Heather l. Tyler) & Sirah (Sadie Katz) are full blood sisters who were present at the time of the murders, and their half sister Lily (Cheryl Sands) was the product of their father’s infidelity. They all start arguing when Teig lays down the law that they cannot venture outside their house, even though it’s in the middle of nowhere and they cannot use their cell phones. The TV is out, there’s only one magazine and Lily being the youngest doesn’t know how to function without technology and starts going mad.  She starts to hallucinate and sees the bloodied ghost of Teig & Sirah’s mother Danielle (Lisamarie Costabile).  Teig on the other hand starts seeing her father and becomes possessed, wanting to murder her sisters.  Sirah’s lover Tommy (Clint Jung – apparently who we saw banging in the intro) conveniently is able to find them all, starts beating them up and threatens to rape them all if he doesn’t get the drugs, but luckily they overpower him.  Sirah wants to leave since the threat is now gone, but Teig won’t let them. Now Sirah and Lily must find a way to escape Teig and the malevolent ghost of their father (Jim Falkenstein looking like Michael Rooker in Henry: Portrait of a Serial Killer) before he/she murders the entire bloodline in the house.

I was not impressed with the flat performances;  it felt like a college film school final. The only stellar acting was done by Lisamare Costabile and  Jim Falkenstein who had to rely on their facial expressions and movement. I guess they had trouble with day for night shoots because every time they went outside it was light out, and the characters kept talking about how dark it was when it it was obviously day with some shoddy filter.  Sirah doesn’t need a flashlight, she needs to open her eyes.  What was the deal with that dumb midriff hoodie? She’s with her sisters, does she need to sex it up for them or is she just trying to show off by flaunting her abs? The focus of the story was really scattered. The ending was predictable and convenient, and a couple more ghosts are  haunting the house, which is a recycled idea. I just felt it was a cheap and easy way to end the film. 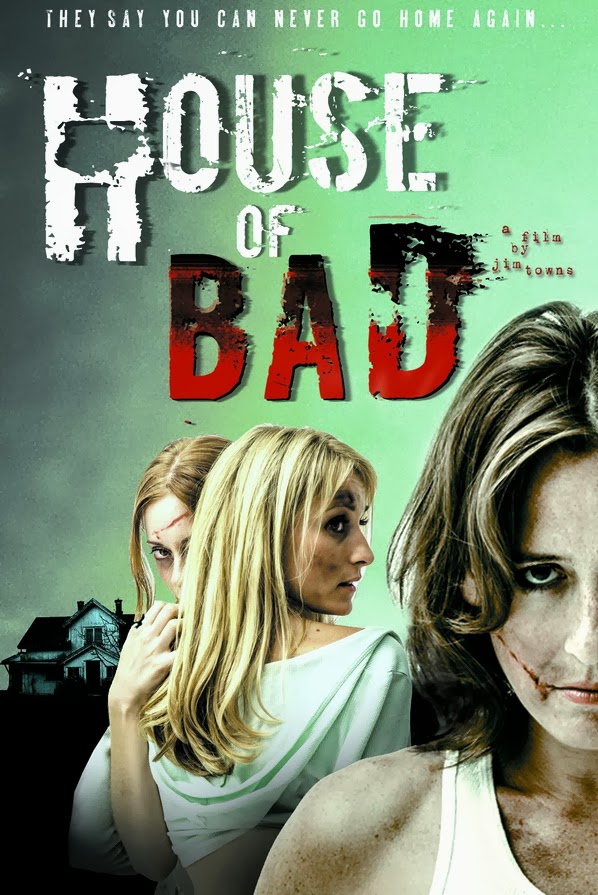