There are independent filmmakers and then there’s writer-director John Sayles, whose Twitter avatar and biography (“Original Independent”) could scarcely say it better. For more than three decades, he’s used his often lucrative work as a for-hire script doctor to help fund autonomous screen visions that explore a wide range of themes, from race, class and crime to political corruption and labor union turmoil. His latest film, his 18th, is “Go For Sisters.” The movie stars Lisa Gay Hamilton as Bernice Stokes, a no-nonsense Los Angeles parole officer whose path crosses with Fontayne Gamble (Yolanda Ross), an old high school friend. When her adult son goes missing, Bernice leans on her wayward friend’s connections, including a disgraced, partially blind cop (Edward James Olmos), to try to unravel a twisted web of human trafficking and other criminal enterprises, and find her son. For ShockYa, Brent Simon recently had a chance to speak to the warm and candid Sayles one-on-one and in-person, about his movie, his career and why he’s not as likely to write things as ambitious as he once did. The conversation is excerpted below:

ShockYa: First off, thanks for your time.

John Sayles: Have you had a chance to eat today?

ShockYa: I did. Though I even had something to eat before arriving here today, just scarfed down in the car — which is the true mark of a Los Angeleno, I think.

JS: I got to go to the Academy Awards once, and it starts at like four o’clock out here. And you’re in the car from three o’clock or so just to get through the traffic. And there’s no food there, and it’s really long because there’s commercials and what. And every once in a while you’ll see one of these guys reach in and take the Ritz crackers out of their tuxedo. So if I ever get invited again, I’m bringing food!

ShockYa: “Go For Sisters” partially tells the story of this estranged friendship, and then Edward James Olmos’ character is a disgraced cop, and I know you initially had those as separate, different ideas, before realizing you wanted to interweave them into one story. Was the aspect of human trafficking, which really seems to be striking a chord presently in the real world news, always part of one of those stories as well?

JS: I wanted the son of the parole officer to be in some kind of trouble, but I wanted it to be — there’s a line in the movie where Bernice says that he wanted to be involved in something bigger than himself. And I know several young men and maybe a couple young women who’ve gone into the military for that — “I’m making minimum wage as a barista or whatever, and this seems like a big thing, whatever the politics are, and I want to be part of it.” But this character gets stuck in transport, he’s a truck driver, and so he doesn’t get that feeling. So what could be romantic about crime? He’s not a criminal per se. And I remembered there was a woman who was arrested three or four years ago down on Canal Street, who had a shop, looked like she was just struggling to get by, and she turned out to be the snake head of this organization, running a multi-million dollar group bringing people in from China who were paying $40 or $50,ooo in some cases — not just to get in, but to get papers declaring them legal so they didn’t have to worry about it anymore. And if they didn’t get in then you get your money back or go back and try again. So I was interested in a criminal thing that could start with a romantic notion, where this kid feels like an adventurer. And then his mom, who’s working in the correction system, knows that there’s nothing good in the correction system, whatever he’s done. I didn’t want the audience to feel like she was going down to get some sleazy drug dealer out of a bad situation.

ShockYa: The film peels those elements back in an interesting way, and —

JS: Yeah, immigration is a tough question, because everybody can’t come here — no matter what your emotions are. Due to the economics of jobs and everything else, you can’t take everyone in. But it’s also gotten so symbolic and so loaded that we’re not making practical decisions about that anymore (as a nation). But also, a lot of what I was interested in was Lisa Gay’s character, who has become a bureaucrat and gotten that crust on her. She’s a parole officer who’s there to make sure people follow the law and don’t go back in the slammer, and she’s gotten to be a real hard-ass. The minute it’s her own son, all bets are off and she’s not only breaking rules and laws herself, but she’s asking this parolee whose case she should have abstained from to join her — and kind of bullying her at first. It’s an abuse of power, initially.

ShockYa: Have you found that your writing process has changed over the last several decades?

JS: I think I was lucky in that I had worked for Roger Corman and had talked to other directors who I’d written for there, and so I had a better idea than most directors going in of what’s labor-intensive and what do you need money for. And as I’ve gone on and learned union rules and about turn-arounds and all that sort of stuff, I can kind of look at my own script and have an idea not of how much it’s going to cost but of how many days I’m going to need and what the shortest period of time I could shoot it in.

ShockYa: Just because of its conceit, this movie covers a lot of terrain.

JS: It’s over 65 locations, which means that you’re often moving two or three times in a day, which is really tough. And so Mike Dunitz, who works up in the Valley mostly here, was our location manager and just did a great job in the States, and then Alejandro Springall, who was one of our producers and who is Mexican, put together a great team in Mexico and helped us with the locations down there. We didn’t bring all the crew down, we picked up some crew there. A lot of it is that as you do it a bunch of times, over the 17 other movies, you get better at the logistics and planning. As far as my writing is concerned, I don’t think I’m as likely to write things as ambitious as I used to. It took me 11 years to get “Eight Men Out” made, the first script that I wrote — as an example of my writing to an agency out here. Eleven years from now I’ll be in my 70s, so I’m a little less likely to say, “Oh, I’ll just write something and some day I’ll get to make it.” And the direction the business is going — I’m not new, so I don’t think that all of a sudden anybody is going to want to throw a lot of movie money behind something that I’m going to make. So it’s just not realistic for me to write a big period thing — not that I don’t have two or three that I’d love to make that I’ve already written. If I get to make another movie and it’s at all like the movies that I’ve been making recently, where I’m the main financier or the only financier, then it’s going to be ever smaller than this one, because I just can’t make this kind of money anymore.

ShockYa: That’s a good leaping-off point for something else I wanted to ask you — you’re an intelligent guy, but also pretty positive-minded, even though you’ve had to pump a lot of your own money into making films you wanted to make. I feel like if you had less varied intellectual interests, your career would have been — well, not “better,” but certainly different. You could have had more opportunities to work in the mainstream studio system. And yet you never seem bummed about that.

JS: If my main interest was a genre that was very popular right now, sure, it could work. But if it happened to be westerns I’d be out of luck. Most of the directors I know who work in the mainstream movie industry have not gotten to make 18 movies. Or they have and it’s been as much of a struggle or more than I’ve had. To some extent I’ve really been lucky. Luck is a huge part of our lives and we don’t really like to admit it. But you have to be realistic about what’s out there. The economics of the movie business change, and they change in the independent realm even more rapidly. Companies come and go very, very quickly. Modes of financing come and go very quickly. We’ve made two movies with an advance from a home video company. They gave us $3 million for each of these movies and then we went with them to look for a theatrical distributor, because they thought they could make that money back just in home video. And that just doesn’t exist anymore. 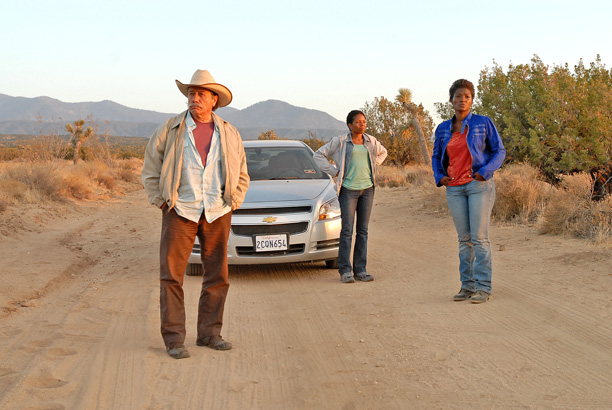