Bryan McClure is headed for outer space in the upcoming “Space Command” film series, a science fiction series that draws from ’50s film serials, real world space-age technology and a hopeful outlook to create a brand new take on the space opera. ShockYa was happy to speak to McClure, who told us more about his roles in the series, the vision behind the series and his other role in the upcoming spoof film, “The Starving Games.” The first of the “Space Command” series, “Space Command Redemption,” is currently in production. “The Starving Games” is currently available on VOD.

Bryan McClure: Yeah, the writer/director is Marc Zicree, whose had a career in working in science fiction. He’s done “Star Trek” work, he worked on “Sliders,” [“Star Trek: The Next Generation”] and “[Star Trek]: Deep Space Nine.” He’s got a resume that’s about a mile long–worked on a lot of television as a writer and producer. He’s basically always wanted to create his own science fiction story, and that’s what he’s done with “Space Command.” It’s based on no pre-existing material. Two years ago [the “Space Command” crew] actually did a Kickstarter campaign and they raised $221,000, which, I believe, is largest sum raised for an independent film not based on pre-existing material. So that was the kick-off.

Because he has such a long history in science fiction, he’s been able to reach out to other people in science fiction that he’s friends with to be in the movie. Like, Doug Jones, who was Pan in “Pan’s Labyrinth,” Abe Sapien in “Hellboy” and The Silver Surfer [from “The Fantastic Four: Rise of the Silver Surfer”] is going to be in the first one. He’s reached out to Mira Furlan who was in “Lost” and “Babylon 5″ and Bill Mumy, who was also in”Babylon 5” and grew up in science fiction. Dean Haglund There’s a number of folks he’s reached out to and he’s really assembling an awesome team of people from the science fiction world. I’m excited to be a part of it. They basically did a talent search for two different roles and I was able to get myself in one of them, which is awesome.

Can you say who you’ll be playing in the film?

Bryan McClure: Right now, [Zicree] has six feature films that he’s written and it spans 150 years. I actually get to play the part of two different people. I get to play Cadet Bradbury, in the fourth and fifth one, and then I play Lieutenant Bradbury in the first one. So I’m basically playing my own grandfather [laughs]. Lieutenant and Cadet Bradbury come from the same lineage as the famous science fiction writer Ray Bradbury. Ray was a big mentor to Mark, so it’s paying homage to him. It’s a big honor for me to be able to play someone who is named after a science fiction guru who started many of the big science fiction things that many people today got their inspiration from.

Another aspiration for the film series is to pay homage to 1950s film serials, like “Flash Gordon.” How do you think that influence will show itself in the film series?

Bryan McClure: That’s a good question. I think one thing Mark is trying to do is meld the older science fiction with a futuristic version of science fiction. It’ll be a really interesting take, combining retro science fiction and futuristic stuff. I’m excited to see what kind of art comes of that, what kind of stuff they can get from blending the two different eras. I’ve seen some preliminary artwork and it looks pretty awesome.

What do you think this film series adds to the sci-fi genre?

Bryan McClure: One thing that Mark is trying to do, which is amazing–a lot of science stuff out there right now has a dark twist to it, an Armageddon-type vision of what the future will be, kind of a doom-and-gloom version of what the future will be. But Mark’s whole thing is to create a hopeful vision of the future. He’s creating a whole universe that has a positive twist to it. It really explores what we’re going through right now. The first film starts 50, 60 years from now, and it’s when people have finally started to colonize Mars. As the films journey out even further, he’s colonized a lot of the other planets in our solar system and eventually, we develop faster-than-life speed and we’re able to start going out into the universe in a bigger way.

I think that what makes this awesome for science fiction fans is that it’s basically a journey from where we’re at right now, because we’re basically on the cusp of venturing out into space more. I think it’s going to be interesting because Mark takes a lot of care in being accurate with the science part of it as well as the story. He’s been talking with scientists from JPL and other areas to really be accurate to what our potential, realistic projections of what the future might be…It could potentially be a shaping of what the future might hold for us, which is exciting.

I’ve also read that you’ve got a role in “The Hunger Games” spoof, “The Starving Games.” What character are you playing?

Bryan McClure: [Laughs] That is a very small role I got in that. I don’t know if you’re familiar with the YouTube character The Annoying Orange–

Bryan McClure: –That’s what I’m playing in the movie. Apparently, I do the best Annoying Orange impression around [laughs]. So that’s what I played in “The Starving Games.” I’ve seen some of my footage and it’s pretty funny stuff. I got to be on set for a number of other scenes and I think it’s going to be a fun movie.

How do you think “The Hunger Games” fans will take this movie? Do you think they’ll find it a fun an humorous take on their favorite kid-killing franchise?

Bryan McClure: That’s an interesting question. I think it’s individual-based, because some people take stuff [to be] so sacred and they might not enjoy a spoofing of it, but other people might be able to relate in that it does do a good job of playing off a lot of the storylines from “The Hunger Games.” I think it’s just going to be individually-based whether or not they’re going to say “Yeah, it’s funny” or “How could they take something [sic] and make fun of it?” It’s hard to say, because I am a huge “Hunger Games” fan. I went and saw it the first weekend it came out–“Catching Fire” as well as the first one. It didn’t bug me that they were spoofing it, but to each their own. 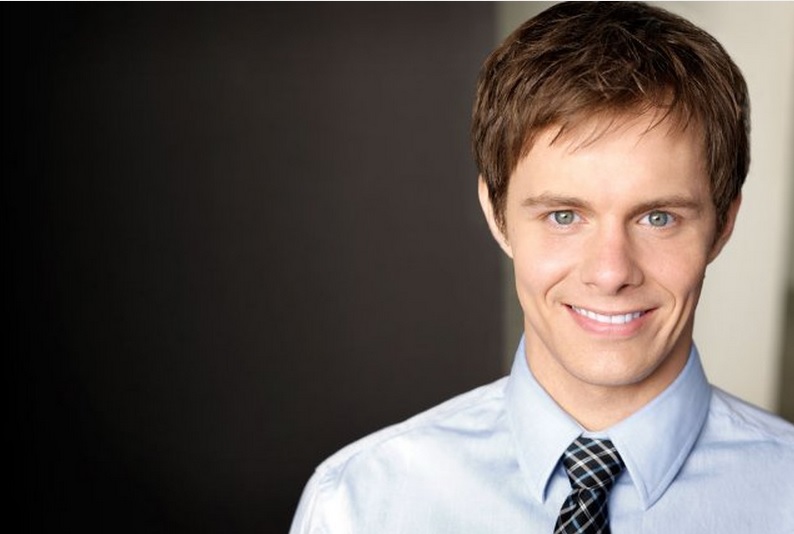 Cancel reply
Box Office Predictions: The Hobbit: The Desolation of Smaug to Open Big, But Not as Big as An Unexpected Journey
Watch the Holiday Shopping Network for Free on FilmOn
To Top